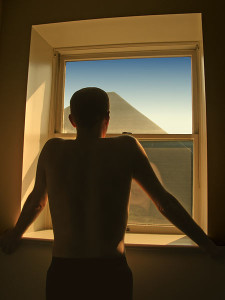 Manikantan (Not the real name, of course.) came to the OPD with diabetic foot. The heel of his right foot was eaten away by infection. His doctor had advised amputation. He had come for a second opinion. He was forty five.

It was not a bright scene. The pulses of that leg were absent, indicating blocked arteries due to atherosclerosis. Atherosclerosis was a generalised disease process that affected arteries all over the body that means he could have the same problem with arteries supplying the heart-

“He had two attacks also doctor,” his wife informed me in an anguished voice, breaking my line of thought. “The first one was five years back. That time they discovered that he had severe diabetes also”

Attack, of course meant ‘heart attacks’. These ubiquitous killers are known in the wider community by that name.

“I don’t smoke, not one puff.” Lamented Manikantan. “No drinks. Strict vegetarian. Look at my lean body, sir.” He emphasised, self pity oozing out of each word.

“Was there anybody with similar illnesses in the family? Any heart disease or diabetes?” I asked.

“Absolutely not. My parents and siblings are all healthy. Why did this happen to me?” Pained innocence was etched into his face. I looked at the wife. She was sympathetic, but her expression betrayed a scepticism that was not lost on anyone.

“When did he stop smoking?” I asked her.

“Only after the first attack. Till then he was smoking four to five packs a day for as long as I can remember. And he never had any control over anything, including food. Of, course, after the illnesses, he strictly followed the doctor’s suggestions. He lost 10 kilos.” She conceded.

“He never had any health check up before that. So we don’t know when he developed the hypertension and diabetes.” She concluded.

One of my colleagues in a hospital in Bangalore, where I was working at that time was a fanatic about his health. He exercised for an hour a day. The occasional 10 kilometer races and half marathons in the city always had him as a participant. He had his own diet plan and kept his BMI at around 21. That was not a mean feat, since he really loved his food. He avoided any added sugar in any of his drinks. Sweet foods and refined carbohydrates were an anathema to him.

Why did he do all this?

He told me that both his father and mother had severe diabetes. His three brothers were diabetics. He wanted to beat his heredity. He was a general physician and used all his knowledge and self control to pursue this.

He developed diabetes at the age of sixty two. Many of our colleagues laughed at him secretly behind his back, as his obsession had failed. I decided to ask him about how he felt, directly.

“Do you feel your efforts were useless? You were not able to…well….stave off destiny, so to speak.”

“You see, I have been detected to have mild diabetes, and a single tablet of Metformin, along with my exercise and diet is enough to control it. My parents were dead in their fifties. And do you know both my elder brothers died of kidney failure in their sixties? All of them had already developed severe disease requiring insulin injections when they were in their forties. And they were not at all regular with the treatment. If   I control my disease well, it may not progress to life threatening complications of the disease till my eighties and nineties.”

“I don’t mind that,” He continued. “You have to die of something. It may happen before that also. That is understood. I may still have developed the disease at thirty, in spite of my efforts. Or I might have developed a cancer or something and died early. I believe we have to do what we can and leave the rest to god.”