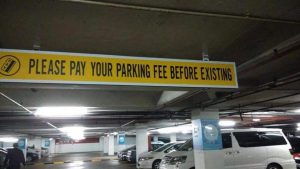 You see- we were in the outskirts of a forest, somewhere in the Western Ghats, and we sat by the side of the river Periyar. Cicadas, as small as almonds, made a machinery whirr ten times as large as their sizes. A platoon of birds made a din, as if their life depended on it, and in a sense, it did. Elephants must have trumpeted, Gours must have mooed, Tigers must have roared, and leopards must have done their snarling something, and some other random thing must have what-not-ed, but we did not hear it.

I and Riya had our feet in the water. The river had made a pond-like lagoon by sending a pseudopodium into the green land by the side. A few villagers must have made a habit of resting there with feet in the water, because the small fishes in the area had become adapted to it. The moment we immersed our legs into the cool water, they clustered around, nibbling at our skin. It was like a hundred small kisses. Tickly, squirmy- with a vague hint of the slimy. It was exquisitely novel.

But what bothered Diya, my younger seven year old, was that she was terrified. Of what? That she could not tell. Contrary to what the motivational Gurus would have us believe, what to fear is not a logical decision. Just the thought of all those teaming beings nibbling at her toes apparently scared her. A nameless dread. She just could not bring herself to put her feet in.

I sat there, enjoying the moment. A small wind blew, like a cool breath. A tree towered over us, offering protective limbs. Green leafy fingers whispered some nonsense.

I would like to have said, that my mind was blank, but it never is, usually. They say meditation is good, and I have tried it. But my mind is a roiling cauldron of thoughts and feelings. It always is. That is what I am.

I looked up at the tree. It just stood there, spreading its branches at the sky. It grew tall, so that it can rise above the smaller ones and capture the sunlight for itself. In fact, the entire towering forest was a structure made out of this tussle for light. And more- struggle for existence.

The leaves sprouted cells full of chlorophyll. It captured light in a mind bogglingly complex series of biochemical reactions and used carbon dioxide to make sugar for itself. We haven’t yet understood how water reaches the leaves so high up in a huge tree, right down from the roots.

But the tree is completely mindless. It is blank. There are no thoughts.

Are the fishes that pecked at our feet conscious? Most probably, no. Not in the sense that we think, anyway. I carefully looked at them. They are all a single type, known locally as ‘vazhakkaavarayan paral’. Usually, they are shy. They don’t come near humans. So, these fishes must have become adapted to nibbling loose skin flakes off people dangling their feet in the water in this particular cove. How could such behaviour have come about?

We may think that a clever fish had this insight. “Ha- a flaky skinned human leg. Humans are harmless. Let me nibble its feet.’’ Seeing this, the other ones copied it. As far as we know of fish psychology, and the behaviour of such animals, this is beyond them. It has to happen in a series of steps.

One- it just happens, that a few fishes are fearless, likes skin flakes too much so they overcome their natural fear of humans or whatever. They have software- genes- inside them, which impel them to nibble on human feet. Other fishes stay away.

The fishes that nibble, get more food, thrive, and beget more of their kind than other fishes. The genes responsible for ‘human leg nibbling’ spread, through generations. As fishes live and reproduce in months, after a few years, all fishes in that particular cove nibble on men and women. Viola! Very simple. But incredibly powerful.

Most mammals cannot even recognise themselves in the mirror. Chimpanzees and Orang Utans can do it. Gorillas cannot. By two years, human babies can.

Does any other animal even think about its own existence? After careful thought, and sifting the evidence, I think not.

I desperately wanted to help her. “It doesn’t hurt. See? I will hold your feet for you.”

It was no use. I looked at her anguished face. She sniffled like she used to do as a two year old.

This made me think of my childhood.

You see, by all accounts, especially of my mother, I was quite a complex human being by the age of two and three. I could talk. I knew how to recognise and keep relationships with a lot of people. I could reason at an advanced level.

All three year olds can do that, by the way, though my mother thinks I am unique, much to my wife’s annoyance.

But get this simple fact into your head- I cannot remember any of this. For me, my existence started only by the age of four or five. Before that there is a blank.-

We assume that we need neural machinery of a four year old human to have an autobiographical memory.

Only we know that this wonderful, yet shitty and sometimes horrendous thing called existence will end one day. The Chimps don’t. The rabbits don’t. The ants don’t.

In short, existence is the ultimate blessing, and the intractable curse. Why do we have it, dammit? Who ordered it? Why do I have to pay the fee called existential angst to exist?

“Wow, It is amazing!” Diya said. She had somehow managed to put her feet in the water. Small fishes the size of tamarind leaves nibbled at her feet. She squealed in delight.

I looked at her. She was laughing, and had her feet firmly parked in the water. (Jimmy Mathew)