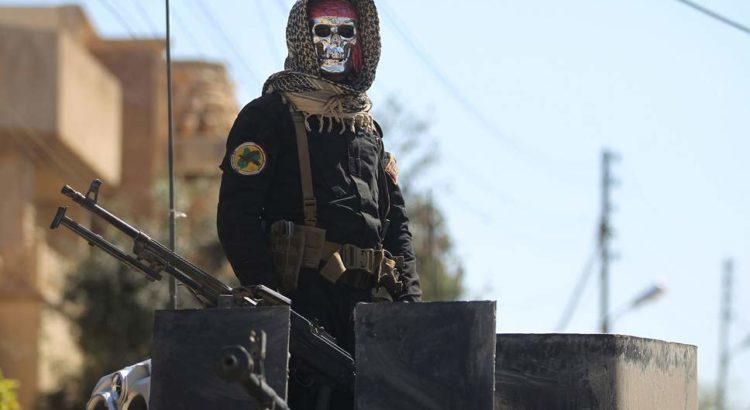 The images are disturbing. Children, blown to smithereens. Human beings, with eyes gauged out. Hands and legs crushed to an amorphous pulp. Have you seen men and women who come to the hospital after blast injuries? I have. If three hundred people have died, twice that number, I can tell you, have a fate worse than death.

What prompts people to do these to fellow human beings?

“They are not normal. They are pure Evil. They cannot empathize. In short, they are psychopaths, unable to feel the emotions of others. It has nothing to do with proper religion”- these are some of the platitudes that we hear. Every time a bomb goes off, or a terror group’s foot soldier goes on a rampage with a gun.

Even a cursory look at our existing knowledge shows that these assumptions are wrong.

Psychopathic personality is a set of traits seen in a person. These include an absolute lack of empathy and extreme self- centeredness. They may be charming, clever and shrewd, but they lack a conscience.

Careful studies of terrorists have shown that the vast majority are not psychopaths. A psychopath would never blow himself up. That would be unthinkable to their selfish nature.

In fact, most are surprisingly normal. They are passionate people, espousing a cause, and think that the ends justify the means.

Sounds familiar? It would.

The idea that a terrorist is an illiterate or a fool, who is manipulated with ease by a group, is also wrong. Many are highly intelligent, aware and educated individuals. It would seem easier to see them as politicians, and each terrorist organization as one with a political agenda, albeit an extreme one. It is useful to see the thought dynamics, and that would, maybe make it easier to counter them.

The primary political aim of terror attacks is to generate extreme fear. Hence the name- terrorists. This is the reason for the symbolic, destructive, and senseless nature of the attacks on innocents. The media coverage and public outcry is part of the plan.

The terrorist thinks that they are a marginalized group that cannot get the attention it deserves, other than by resorting to these cowardly acts. Their most important aim is to recruit more people to their cause. How do they do it?

By hoping for an excessive backlash.

Let us take, for example, the New Zealand hate crime, where a white supremacist gunned down innocent Muslims. For a terrorist practicing political Islam, this is an act of God, which would swell their ranks.

But the response of the world was an outpour of support and humanism. This is completely NOT what they want. This would make ordinary Muslims more tolerant, and would subvert their cause.

That was why; a senseless, dastardly and vile act was necessary- for them. The intent is to provoke a witch hunt, and widespread hatred for Muslims. That would be really good for them. Ordinary, normally tolerant Muslims will feel sidelined and victimized to the point where they would be willing to die for a cause- a political cause.

This is a trap that no government can afford to fall into. The Sikh people are only one and half percent of our population. I am sure many of us remember the nearly intractable problem a minuscule minority of them created when they got radicalized. Just six suicide bombers could wreck havoc in Sri Lanka. Can you imagine five or ten crore extremely radicalized people? I can’t. The mind boggles.

Severe and stringent policing is required; but focused solely on the perpetrators.

But the most important ingredient is the ideology. Any story, that can enable normal human beings to kill innocents indiscriminately and cruelly, has to be groupish, supremacist, and exclusionary.

We are the chosen people. We are right. Our God is the only true God. Our way is the correct path. It would be best if everyone followed it.

Others are in some unassailable and unchangeable way different; inferior. Even morally repugnant. Subhuman.

This is a common theme. This theme is not a feature of any one group, religion, nationality or ideology; but of many. It is a common thread running through our clannish brains, shaped by murky vagaries of our evolution, the details partly buried in our collective, tribal past.

Some of these stories (for that is what they are) are definitely more virulent than others. Reasons are many, and some are historical. Combating these, require re- interpretation, refutation and re-working of elements in the story that are not compatible with modern humanistic values, by the tellers of these stories themselves. This is important. (Jimmy Mathew)