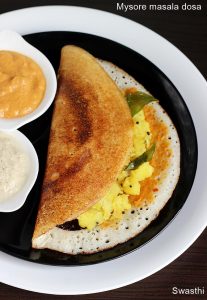 Suppose you are in the kingdom called Indus land. You are a member of one of the prominent families in the region. The family manages the sanitary activities of the Kingdom- an important function. The King gives your family some powers over the people. Look after their toilets, for instance. The people are happy. They trust the prestige of the family, and want you to oversee the toilet facilities in the state.

You make a committee called the Toilet Council of Indus land (TCI). Let us face it- you are lazy; indifferent- you couldn’t care less. A group of goondas headed by a notorious muscleman, Dr. Masal Dosai, takes over the committee by a combination of power play, pretty dirty politics and big paisa. The three pee’s. The three pee’s are enough to keep him in power for an entire quarter century.

Dr. Masal Dosai punches random people in the face. Abuses women. He threatens toilet builders and extorts money. Throws toilet waste on children. Murders a few and keeps the bodies, mixed with the above mentioned waste, in the committee headquarters.

The smell spreads all over the kingdom, and the King abolishes the Toilet Council of Indus land. Enough is enough- he says. Dr. Masal Dosai is caught with 1000 crore rupees buried in his septic tank, which has got blocked, and the contents have spilled into the Kingdom’s water supply.

Till now- you- even though a prominent member of the prominent family- had turned an amazingly blind eye to this entire excrementary goings on.

Suddenly you realise that the shit, so to speak, has hit the pedestal fan and is raining down in all directions. You come to know that you have relinquished all moral authority to take over the Toilet building and maintenance activities of the place. The King wants to do the job, since you have proved that you can’t.

Simply put, this is the situation that the entire community of Modern Medical Doctors face, today. We had our chance, and we blew it. Now we have to swallow the shit, or the honey. Or a mixture of the two. We can pressurise the King to take the shit out and keep the honey.

Let us look at the facts in the face. All over India, especially in vast tracts of rural and semi-rural India, graduates in Homeopathy, Sidha, Naturopathy and Ayurveda are practicing and prescribing Modern Medicine. In other words, they play with a dangerous tool that they have no training to operate.

Today, I talked to a senior official who is an inspector for NAAC. He regularly goes to inspect Colleges offering AYUSH courses all over North India. He has talked to students. Most, he says, plans to work under a Modern Medicine doctor or in a Modern Hospital, for two to three years. And then?

Practice Modern Medicine for a livelihood. What else?

I personally know of three trauma centres, one Cardiology centre and a Neurosurgery hospital, where almost all the doctors at the junior level are AYUSH practitioners. A few big qualified people and the rest- all quacks.

Many major corporate hospitals employ homeopaths and Sidha graduates to do night duties and to man emergency rooms. They handle situations that they are not at all equipped to do, just because officially, they can put a ‘Doctor’ before their names.

Why should this happen? Why should a qualified AYUSH practitioner do it?

Maybe because Modern Medicine works? Or is it that they are not interested in their chosen system of Medicine?

Where do I stand?

Personally, I think a bridge course should be offered to existing practitioners of Homeopathy, Sidha and Naturopathy, that will at least enable them to work in selected posts in selected government settings, with supervision.

Because all of them were, as students, bright young people, with genuine interest in healing the sick, and the system tricked them into a doubtful medieval system of dubious benefit. We owe them this much.

Then immediately phase out all these courses in a gradual manner.

There is a genuine concern regarding Ayurveda. We have our own ancient system of Medicine, totally unexplored scientifically. Or inadequately; at best. Many of my best friends in social media are ayurvedic doctors. Most are sensible and committed.

All of them should be allowed to become dually qualified, by an appropriate course of adequate duration. Not less than four years.

All Ayurvedic doctors should be dually qualified- BAMS, MBBS.

We have precedence. Most Modern countries want Maxillo Facial surgeons to be dually qualified- both Dental and Medical. They have appropriate courses for that. If you search for Maxillo facial surgeons in the USA for instance, all will read- Dr. So and so, MD, DDS.

Yesterday we had a patient. A software engineer teaching in an IIT. Twenty eight year old lady with a five centimetre cancer in the breast. The biopsy and the imaging showed a very favourable tumour. Cure is possible, even certain, with partial breast excision and reconstruction. She would even appear near normal for life.

Today she calls and tells that she is going for Ayurvedic treatment. Is it a qualified practitioner? Did she or he promise complete cure? Is cure without surgery possible in Ayurveda? I have no idea.

But we do know that cure is very much possible and was probable with Modern treatment.

This is a common thing in India. There are many like her.

We know she is not the first; and she wont be the last.

How effective is the treatment that is approved by the state as a complete system of cure that she is going to get?

Dont we want to know?

I rest my case. (Jimmy Mathew)