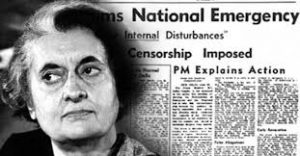 When your birthday approaches, one never thinks about the actual historical events that happened around that time.

One is entirely concerned with what is happening to oneself.

I genuinely welcome the passage of yet another year. That doesn’t worry me. What worries me is that I am not able to fool myself that easily anymore. A gradual, but exasperating change. Previously, it used to be as easy as a walk in the backyard.

When I was little, I thought that I was the most important person in the world. This was because my parents treated me that way. I could easily believe that the entire world would, too.

Now I realize that the world doesn’t give a fuck. Nor should I- I can see.

I try, and surprisingly, I am getting much better at ‘the gentle art of not giving a fuck.’

Just the other day, I had to chase off an Insurance agent who tried to convince me to buy Insurance at a colossal prize.

“With this policy, if you die- your entire family will be able to have the same lifestyle as now for ever- and they will remember you forever.”

Bullcrap of the highest order. It is probably true that If I die, some, including my parents, wife and children, could feel devastated for a short time. But those who will genuinely mourn to the point that their daily routine will be affected, I can count on my mortal finger tips.

A mere one or two years and everything will be back to normal. A new normal; but normal nevertheless.

College saw me viewing most girls with disdain. Most were not good enough or beautiful enough for me. Ha!

Now I know that most were extremely good and gorgeous, and it was my own diffidence and fear of rejection that worked hard to delude myself.

I saw myself making my own future, with my own effort, with my immense intelligence and talent propelling me to my destiny.

Now I see that whatever I have accrued is overwhelmingly an accident. It has mostly to do with the circumstances of my own birth and bringing up. The most valuable things in life, like my family, friendships and gentle responsibilities are not the result of my manoeuvring, scheming and beavering anyway.

The worst part is that I can look at historical facts with amazing clarity. That is probably the most difficult side effect of having lived this much.

I don’t like it. Reality, I mean. “It is the smell; I suppose”, as the agent in the movie “The Matrix” said.

Just three months after my birth, the government under Indira Gandhi appointed a new chief justice of the Supreme Court. The usual practice was that the most senior person would succeed. Instead, this time, Justice A. N Ray was elevated ahead of three waiting colleagues. It was a politically motivated choice. Just another move to take over each and every component of the ruling machinery by one single person.

This followed the Supreme Court challenging a new law which gave Parliament greater powers to amend the constitution.  Justice Ray was on the Government’s side.

JayaPrakash Narayan was the most vocal opponent of this move. Protests followed. A tumult of unrests followed in rapid succession, and India became a dictatorship- “the emergency”.

The entire constitution was subverted, and that included the infamous 42nd amendment that curtailed the power of the courts to look at the changes made to the constitution by the parliament. The president could order a government to continue in office, even after five years, without elections, and that could be continued indefinitely!

I can clearly see how close we came to be a permanent dictatorship and how narrowly we escaped.

But when really pressed, I can call upon my powers of self deception in an emergency, so to speak.

By the way, did you see the news on TV yesterday? How some pathetic Judges fell prey to some anti national left wingers? Becoming pawns in a game to destabilize the nation? Revolting.

I guess I am able to fool myself when really pressed.