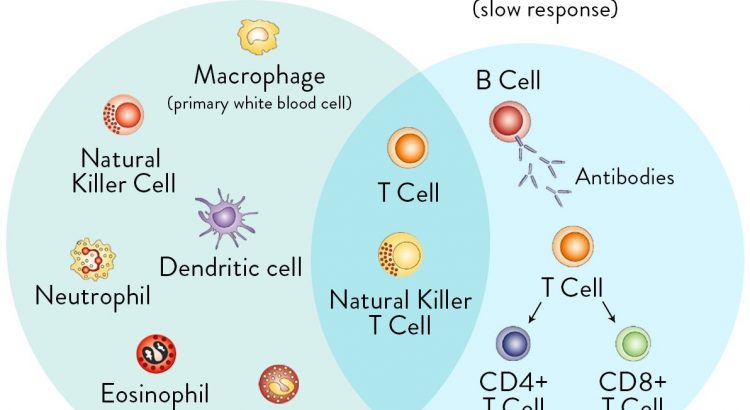 Hey! This is not for Engineers only. If you don’t know anything about Immunology, you can read it.

You can visualize the body as an underwater city. Inside the city, there are numerous complex persons called cells. Cells are fiercely loyal to the city. They will die, so that the city can continue to live.

The cells are all close relatives. Inside each cell is a software code called DNA, that determines how the cell will look, and how it will behave. EVERY cell in the city has the same exact DNA. But the cells look and behave differently because different areas of the code are turned on and instructions carried out at different times and places, and this depends on complex chemical interactions.

Outside, numerous invaders are there, trying to get in. Bacteria, Fungi, Protozoans, Parasites. They want to get in, use places in our city and its food to grow and multiply.

Viruses are a little different. They are small sequences of code, that get into a cell in the city, and uses the genetic machinery of that cell to make copies of itself. This infected cell itself, becomes an enemy.

The skin, and the lining of our gut, lungs, urogenital tract etc tries to keep out the invaders. But sometimes, they breach these defences and get in.

Then the innate immunity kicks in. Some cells in the space known as the extracellular fluid attacks the invaders. They simply gobble them up and digest them. They also release chemicals. Some chemicals cook the invaders. Some attract more soldier cells. Some dilates blood vessels and make it easier for more soldier cells to migrate from the blood into the place where the battle is going on. White blood cells called neutrophils and cells called macrophages are part of this army.

‘Hey- This is how the guy looks like, bud. Please help.’

Intelligence cells called B cells, (which are also white blood cells- Lymphocytes) that can target that specific invader, multiply. Then they start producing antibodies. Antibodies are proteins that can attach to the antigen specific to that invader. The antibodies thus attach and coat the invader, or the cell that harbour viruses.

These coated invaders are marked. A cascade of protein attackers called complement attacks these like a bomb, and blow them up. Moron soldiers home in on them and kill them. Another group of T Cells called T Cytotoxic cells directly kill these invaders. T Helper cells co ordinate the entire intelligence warfare chemically. T cells are also a type of white blood cells called lymphocytes.

A person who has recovered from an infection may have antibodies against that particular invader in his blood. So, he or she is able to mount a more effective response if the same invader invades again. Even if antibodies disappear, some cells called memory cells remain, and they can start making the same antibody in a jiffy.

The invaders try to overcome this by evolving into different strains that our Intelligence Division cannot recognize. This battle continues, on and on.

Vaccines try to switch on our Intelligence Division to fight that particular invader, without us getting the disease.

This dear people, is Immunology in a horrendously small nutshell. People who know more may smirk, but people who know less, can share this. 😊