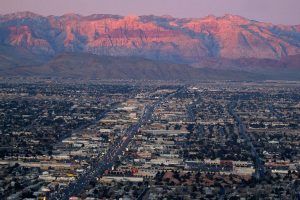 Today, Kochi’s Metro is set to roll. The red carpet rolled out for the PM and CM day before yesterday. The common man can board it, from today.

I met a man today. He said- “The Metro is Bullshit”. My eyebrows shot up. That gave him enormous satisfaction.

“Amenities for a city will encourage people to migrate here. Urban migration- Bah! Promoting Misery, that is what it is. India resides in villages. The clean air, the beauty- happiness, man, happiness.”

Hmm…There is some truth to what he said. Cities are stressful. There are studies that have documented that the average blood pressure in a city resident is approximately five points higher than in the countryside.

As for happiness, there are some studies which seem to indicate that persons living comfortably in a village are happier than those in a city.

Then why the hell do people migrate to cities? Why the inexorable rise of the city? Why the so called cancerous expansion of the urban sprawl?

Let us look at statistics. Right now, the Gross Domestic Product of India (GDP) across the three sectors (roughly):

Services can be health, education, retail businesses, hotels, personal services, computers, and the entire information technology field. All these are facilitated by rapid interactions and communication among people, especially highly specialized ones. Urban centres are where all this is.

In a typical developed country, more than 70 percent of GDP is in services, and that of agriculture, can be as low as 1 to 2 percent!

The city is a natural progression of trade, specialization and communication among groups of human beings. The villages are inhabited by people doing agriculture, and as the efficiency of growing food increases, and as services and industry grows, the portion of people that can be supported by agriculture falls.

The jobs are all shifting to urban centres. It is a sort of inevitability of history. That is the reason for the mass migration to the city.

2008 is a watershed year in human history. By 2008, more people started living in urban centres, than in villages, if we look at the world as a whole. In India, this transition may happen by 2050- and could happen sooner.

So, people are moving to the city, because they have no other options. Agriculture is not able to support them, and the growing cities need more services.

We can’t shake off our nostalgia for the small village. There are reasons why people may hate the city.

We were always a tribal people. We, for 200’000 years were comfortable in small groups of 50 to 150, where everyone knew one another. The bustling, pulsating, hive-like urban centres are too much for our stone-age brains. Strangers make us anxious. Trust is difficult to maintain, and we are much happier in cohesive, smaller, uniform communities having the same customs and beliefs and where we can trust one another. We love our in-groups. We long to belong.

But as an optimist, I would like to look at the bright side. For that, we should look from above. Elevated, as it were, in space and time.

See- right now- more than half of the whole population of the world lives in urban centres.

But they together take up only 3% of the total surface area of the land area of Earth.

A city man consumes much less space, fuel, energy, labour and carbon than a village man with an equal level of prosperity. Cities are much more efficient. If humanity were to spread out instead of getting concentrated in a city, what hope do the forests have? What of nature, the birds, the beasts and the flowers?

Right now, when the world population starts to stabilize by 2050, as it will, we have hope. Extended areas still left for wilderness. Humanity in the cities. Enjoy trips to nature once in a while.

Being forced into close cooperation and trade with other ethnicities, races and groups, makes us more tolerant and able to exert self control. Self control is prized in the modern world, while hot-headedness was a virtue in the medieval age of countryside glory.

Poor, jobless, destitute humans in villages are not happy. They cannot be.

There are more interesting findings in modern Psychology. It turns out that all city dwellers are not stressed. There is a growing body of evidence that shows that humans of higher intelligence are happier in a city than in a village!

And we know that intelligence is increasing in the modern world. It is not a small effect. There is a massive increase measured ‘smarts’ across decades, if we take an average person of that particular year- ‘the Flynn effect’.  No one knows why it is so.

It is a conspiracy by God (wink).

Once again, one is struck by the beautiful flow of history, made possible by the workings of the collective human mind.