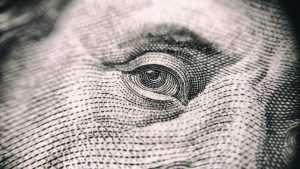 In 1955, a black boy named Emmet Till walked into a store in Mississippi, USA. He was 14 years old. He had a few friends with him. The store was being minded by a 23 year old white woman, named Carolyn.

Some say, Emmet whistled at Carolyn. His cousin confirms this- “it was a playful gesture”.

Carolyn later told the court, that Emmet Till had grabbed her by the waist and had shouted obscenities at her.

A few days later, after this incident, Carolyn’s husband, and a relative entered his home and abducted the boy. He was beat up brutally. They gauged his eyes out, before shooting him dead.

The men publicly admitted to the crime, in an interview with ‘Look’ magazine.

Please note that by our standards, it is perfectly easy to justify this. The whites thought so too. It was common knowledge that Blacks were an inferior type of human- if at all they were. The church endorsed this, of course. There were segregated churches. There were separate schools, and residential areas for that matter. Outraging the modesty of a white woman definitely justifies this.

Oh- and another thing. It was routine to lynch Black people in America from 1800 or so. Before that too, but they were not well documented. The antinational journalists and media started documenting things properly only by that time. Thousands of blacks were killed. In one incident, more than forty people were killed by a mob, while a thousand human beings watched, and cheered them on. At another time, a public hanging was arranged by a mob, and it was witnessed calmly by ten thousand people.

In fact, it was quite fashionable to take photographs, with one standing stylishly by the side of the mutilated dead body of a lynched man. Postcards bearing the images were quite a craze among the white youth.

So, it was well within the normal moral standards of the day, for the court to free all the whites accused of the murder.

It was later, that the civil rights movement led to a law that brought stringent provisions against two or more people to gang up and injure another person to enforce punishment for any perceived transgression. This was bitterly opposed by groups patriotic to the nation’s ‘values’. Of course. We should remember that it was only by the 1960s that black Africans were given equal rights by law.

By contrast, we had equal rights on paper by 1947!

Was it an aberration or was it the genuine expression of a people?

Maybe we shouldn’t go into that. Controversial and anti- national territory.

We should concentrate our justifications on any similar incidents in our country along the lines of the Americans of that generation who killed Emmett. We have lots to learn from westerners of a bygone era. We can also argue that it is nothing new. It is not.

By the way, Carolyn, in an interview in 2008, admitted that she had lied. No catching by the waist, no bad words.

But that shouldn’t really hamper a good justifier. He had whistled, and anyone with a right mind would agree that that was wrong. Undeniably and irreconcilably wrong. Morally indefensible.

Media is a bitch.

How do we know that Carolyn, in her old age, was telling the truth? She could have developed Dementia. Or the unwanted attention from the public and the pesky biased journalists must have addled her brains. Let us not forget that she is also a victim.

And thus, life goes on. The sun shines, the grass pushes itself out of the earth, and cows graze, content in their incessant chewing. The rains lash, and some guys drown. The wind blows, and the petrol prices go up.

The cows continue chewing. It is a peaceful day.