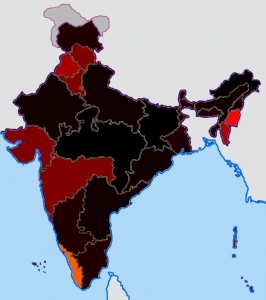 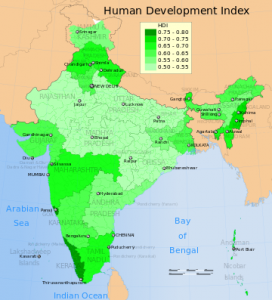 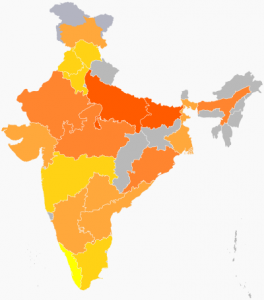 I can see the Pediatric Surgery ward in my mind’s eye. Not that long ago, JIPMER, Pondicherry.  A leg with an abcess full of pus- drained. But too late. The blood infection is sure to claim this five-year-old’s life. You tell the parents that the child could die. You expect tears and despair. Wailing and even beating of breasts. Instead. There is panic.

“We will take him home, sir. Please. We will sign any paper you require.”

An empty bed- and a note pinned to the case sheet- ‘LAMA’- Left Against Medical Advice.

A scene played out every day, often many cases a day.

A simple dynamic is at work here. They are coming from rural hamlets, often 100s of kilometres away. The money has already run out. Once the child dies, the public transport wont allow a dead body in. They will have to hire a vehicle, and that will ruin them.

You know what- I do think that the death of these children could have happened at similar places in India under any government. I don’t think any single political party or group is particularly worse than the other. I dare say similar tragedies are being played out every day in various areas of India. Maybe not in this exact scale. Maybe yes- occasionally in comparable magnitude, and nobody finds out.

Let us face it. In spite of our economic might and massive chest thumping, we are a desperately poor country. We spend one percent of our GDP on public funded healthcare. US and Europe spends 10 percent. We are, per person, 15 to twenty times poorer when we look at per capita GDP.

Just multiply both. We are pathetic.

Our systems are abyssimal. And it is not a new thing. The distribution of depravity hasn’t changed all that much. Look at the pictures. It is a graphic description of HDI or human development index, a metric composed of things that matter, like literacy, infant mortality rate and maternal deaths during childbirth. You can see the map in 1981, 2006 and 2015. State wise, nothing much has changed, relatively speaking. The only significant change being a slight improvement in southern states, with a tendency to follow Keralam’s spectacular figures.

After the economic liberalization of the nineties, economy has boomed, and per person prosperity has increased. But inequality is acute. Can we change?

We can. Look at the map. In 1981, Keralam is still at the top. Till the nineties, Keralm’s per capita income was lower than the average in India! Note that the ‘Gulf Boom’ and expatriate money started flowing in earnest only after that.

The trick would be to see how this was possible. Just a hundred years back, Keralam was one of the worst states in India. Rampant structural inequality and entrenched casteism made Swami Vivekananda to call this state ‘A madhouse”.

It would be too much to go into what really happened in detail. But a few things:

Grass roots empowerment, by the spread of ideas rooted in knowledge and equality.

Voluntary progressive activism and actual giving up of privilege by upper caste Hindus. They were crucial players in the game.

Systematic audit of successive governments and demand for accountability by an educated, aware populace.

The point of all this is- the need is focus- on the right things.

It should not be on four-legged oxygen giving creatures, ambulances for animals and departments for the distortion of history. It cannot be on imaginary enemies on the inside, who can be convenient scapegoats.

We can be great by being great. Not by harping on the glorious past that exists as myths or shouting from the rooftops about our cultural and spiritual superiority. (Jimmy Mathew)