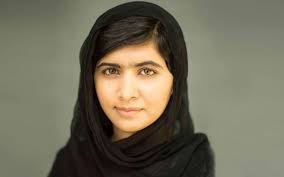 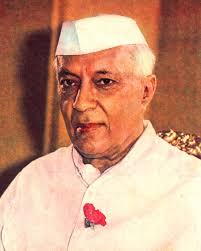 I was a young medical student when I first came across a patient with right parietal lobe stroke. Like some patients with damage to this area, he had a peculiar problem.

His left hand and leg were paralysed. But in addition, he denied that he had any disease!

“What are you here for?” I asked him.

“My daughter made me come here. I am perfectly healthy.”

“Then why are you not getting up from the bed?”

“The stupid doctor forbade me to.”

“That is not my hand, doctor. It is my brother’s”

“Away- in another city.”

How can a perfectly sane man (apparently) believe that his own non-functioning hand is his brother’s, especially when he knows that his brother is hundreds of kilometres away?

It turns out that each of us probably has a centre in our left side of the brain that is an “interpreter”. It takes note of all our feelings and perceptions, and writes a coherent story about ourselves and the world, which we believe, is true.

The funny thing is, in these patients, the left side is normal. But the stroke in the right side has disabled some circuits that are responsible for detecting errors in the Interpreter’s story. This side is gone. So the left sided interpreter reigns unchecked, with bizarre results.

So our sense of self, and reality, we can see, is a consensus, between different regions of the brain.

It is surprising how a society is like our brains. Each person is a neuron, with his own attitudes and beliefs. The society moves forward in a reality, built on consensus.

Recently, I read a facebook post about Malala, and how she was shot at by the Taliban. She lived, and went on to win the Nobel Prize.

But under the post, many, with a particular orientation, have commented, with conviction, that it was all a ‘conspiracy’ hatched by America. Some blamed the Jews. One even said:

“Malala doesn’t exist. She is a fiction, manufactured by BBC, and the “western Christian establishment’.”

Now, we know that a spirited girl, who wanted an education like everybody else, had to undergo a series of horrific assaults. Her life and message had the power to transform a society.

But almost all the common people in Pakistan today believe that Malala was a conspiracy. The opportunity is lost on a one-sided society. One sided narratives bury the truth.

Malala does not exist. She never did.

The Bamian Budha statues were big and visible. It was clear that they existed. Then they had to go.

The Taj Mahal is big. It exists; but is already gone from the tourist brochures.

Nehru, who laid the foundations of Modern India, existed.  Now we ‘know’ that he never did any of those things. It is ‘common knowledge’, they tell me, that he was a womaniser and died of syphilis.

Unfortunately, he still exists in history books, but may not, for long.

“Why are you lying paralysed in your bed, dear country? What is wrong?”

“The enemies are inside. They are outside, they are everywhere. They don’t let me rise.”

Are we that sick? No- one hopes. (Jimmy Mathew)