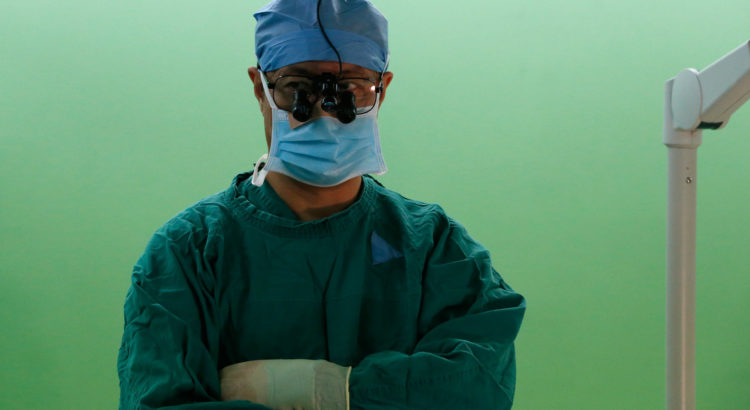 A CARPENTER in his early fifties came to the OPD, complaining of weakness in his right arm. He was seen by Sooraj, one of our young assistant professors.

I remember this patient well. I was a third year student at that time. The professor admitted him in the ward. Soon he could not lift his arm at all. Then his speech became slurred.

He had what we called ‘an evolving stroke’. A major artery supplying his brain was slowly becoming blocked by a blood clot.

Professor Baburaj examined him in great detail. He prodded him and tapped to see the tendon reflexes. He told us that he thought that his brain stem was getting progressively affected.

He gave him intravenous fluids, aspirin, and an injection of high dose steroids. This was the standard treatment at that time.

This was more than twenty years ago. Although the treatments were quite standard and time tested, they were relatively useless.

Medical researchers knew this because careful reviews, comparison of results and trials were done. None of them had shown much benefit.

But our teacher reassured the patient and relatives.

‘There is a block in one artery of the brain. Everything possible is being done. We have good facilities to manage this disease in this hospital.’

Slowly, the entire left upper and lower limb became totally paralysed over a few hours. Then the progression stopped. I heaved a small sigh of relief.

‘What will happen to me, doctor?’ the patient asked. He was still conscious and he could talk.

‘I will show you some exercises. Go home and do them. There will be a big improvement in a year. You might come back walking,’ our professor said with a huge smile and patted the patient in the back.

The patient went home a cripple, but he was very happy with our care. So also were the relatives.

Ten years back, while I and two friends were travelling, one of them, who was a surgeon in a highly specialised field requiring very delicate skill, complained of a weakness in his left arm.

Then his voice became high pitched and slightly slurred.  We rushed him to a good hospital in that city. There was a good department of neurology there.

The neurologist was cool. Too cool. Casual, to be exact.

‘Let us get an MRI, and then we will start TPA to dissolve his clot, if that is the problem.’

He did not even examine him properly. He showed no concern. He was even jovial. My friend was in panic.

‘I am a surgeon. My livelihood depends on it. What will I do?’ he wailed.

‘Don’t worry, doctor. Anyway that is all that can be done. These treatments are all standardised now,’ he said with a smile. I felt very angry with him.

The MRI was done with lightning speed. Within half an hour of admission, TPA was flowing into a vein in his hand.

There was no further progress of the weakness. The MRI showed a small area of stroke in his brain stem. I met this friend after one year.

He was doing surgeries as skilfully as ever. His voice was slightly hoarse. There was no other disability.

There was no doubt that he had received correct and timely treatment.

Just two years back, I happened to be in small nursing home, and I was in the casualty ward, waiting to see a friend of mine who was on the way.

To pass the time I talked to the old physician on duty.

A patient came and complained of progressive slurring of speech and distortion of one side of his face. He limped slightly. All his problems had started two hours back. The old physician admitted him and started steroids and IV Fluids. He talked at length and reassured the son who brought him. I asked about TPA.

‘These are all very risky. All pharma driven nonsense.’ He proceeded to give a detailed critique of modern medicine. Half of what he said was completely true. Half was pure nonsense.

These true sequences of events capture what is right and wrong with modern medicine. Twenty five years back we already knew that our treatments for stroke, even when detected early, were useless.

Researchers were desperately looking for solutions. Within ten years, imaging, animal studies, tests, trials and open and critical discussion had shown what was effective and what was not.

Similar advances must have happened in all fields.

There is no Bible and there are no holy books in Medicine. No dogmatic adherence to ancient untested treatises. Old experts are treated with respect, but also with appropriate scepticism.

Mystical concepts are not entertained. All these are essential for progressive refinement of truth.

Meanwhile, it has become commercialised and self serving to a degree. Empathy and human connection may have slackened. This could have alienated a lot of people.

The last professional mentioned, the old physician, is an example of one who really benefits. If he was into politics, he would win an election.

If he was a speaker ranting against modern medicine, he would become a hero and could be awarded the Padma Bhushan. If he was a writer, he would be read by millions.

Welding hard science, evidence-based treatment, empathy, human concern and ethical behaviour is a daunting task. But that is what Medicine should be. (Jimmy Mathew)