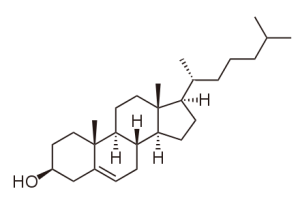 A picture of a slide of a presentation by a member of the Association of Physicians of India is seen to be widely shared in social media. It shows the person denouncing the entire cholesterol and lipid risk factors as false propaganda.

That is the good thing about science. Any one is free to have one’s opinion. He can have his, and tens of thousands of other members can have theirs.

The truth about disease is sometimes difficult to see. For example, the fact that cigarette smoking is bad for health was accepted by the general public, only by the 1970s. Studies that showed this, started in the 1950s.

That is how most truths of science emerge. It takes decades of good work, critical evaluation of work and discussion between experts for us to be reasonably certain about many things.

In the 1940s and 1950s, doctors and public health experts in the USA noted that people were dying of heart attacks and heart failure- coronary artery disease. The incidence was increasing. It was reaching epidemic proportions. The National Heart, Lung and Blood Institute decided to study it. The study was started in 1948 in the town of Framingham, Massachusetts. It became the famous ‘Framingham Heart study’. It was the first step in identifying a new enemy- chronic lifestyle disease.

A total of 5209 people were enrolled in this well-designed longitudinal cohort study.  All the factors thought to be relevant were recorded. These people consented to yearly physical examination, blood and other tests. The diseases and deaths were recorded. The second generation of these participants were enrolled in 1971. This is an ongoing study and the third generation was added in 2002.

It was a massive and fruitful effort, and spanned three generations of participants. It has, till now, generated more than 1000 medical papers. The term ‘risk factor’ was first used in this study. The findings have been confirmed by literally hundreds of other studies.

Before the results of this study came trickling in, there was no concept that any of these diseases could be prevented. The clogging of arteries, called atherosclerosis that causes heart attacks and ischemic stroke was thought to be a normal accompaniment of ageing. Hypertension and increased blood cholesterol also were considered normal as people aged.

This study, and later, literally thousands of other studies and supporting data has given faces to our main enemies now. They were quite hazy a mere half a century ago.

Coronary artery disease of the heart is a major cause of death and disability. It is brought on by atherosclerosis- a narrowing of the arteries due to development of ‘atheromatous plaques’ in the walls of the arteries.

Ischemic stroke is a related illness with the same cause- narrowing due to atherosclerosis in the arteries supplying the brain.

Diabetes is a lifestyle disease leading to disability and death.

Some cancers, like colon, breast and prostate, has some relationship to dietary habits. Some other common cancers, like cervix, lung, head and neck etc that are directly related to unsafe sex, cigarette smoking, tobacco chewing and alcohol.

There are certain other diseases that are silent or not particularly distressing in the early stages. But later, they cause or accelerate the onset of other diseases like heart disease, stroke etc. These diseases can be considered directly lifestyle related.

Hypertension- an increase in arterial pressure. This is a silent killer. Accelerates atherosclerosis and is a main risk factor for coronary artery disease and stroke.

Disorders of blood lipids. Lipids means fats. They include increased cholesterol, LDL, triglycerides and a decrease in HDL.

Diabetes- this has to be included in both. It is a major disease in itself, and a main risk factor for many other diseases. It accelerates atherosclerosis.

Obesity. A dangerous increase in body weight. This directly correlates with all the other diseases. It also has a direct contributing effect to other risk factors, like hypertension, diabetes and hypercholesterolemia.

Cardiovascular disease is the number one killer of human beings as of 2012. It includes coronary artery disease and ischemic stroke. The main cause of these diseases can be summed up in one word- Atherosclerosis.

Coronary arteries are arteries supplying the heart. Atherosclerosis causes small bumps in the course of these arteries, leading to narrowing. When it becomes too narrow, it causes chest pain during exertion. This is called Angina. Widespread severe disease can lead to heart failure.

The same mechanism can occur in the arteries supplying the Brain. Block of blood flow causes deficits, like paralysis of one side of the body, or the inability to speak and think clearly. Massive strokes cause death due to brain swelling.

Studies have shown many risk factors affecting the process. Increasing age is a risk factor. Males are more prone to atherosclerosis and its consequences. Heredity is another significant factor. Either parent with severe disease at a younger age is a risk for the children. But these are all non-modifiable risk factors.

There are other things that we can change or keep in control.

Cigarette Smoking- Chemicals are thought to damage endothelium. Nicotine constricts blood vessels. It is one of the most damaging things you can do to yourself.

Diabetes- Increase in the blood sugar causes chemical changes to happen in the accumulated fat. The sugar attaches to the various chemicals, called glycation. Glycated particles cause much more inflammation than otherwise. Diabetes also complicates fat metabolism, making it more abnormal, and atherogenic.

Dyslipidemia- An abnormality in the fat components in the blood. Increased cholesterol and triglycerides promotes disease. LDL is a lipoprotein complex that transports fat from the intestine and liver to the tissues through blood. The increase causes deposition of fat under the endothelium. HDL is a lipoprotein that transports fat from the periphery to the liver for storage and utilization. Increased HDL protects against Atherosclerosis.

Obesity- Increase in body weight due to increase in fat content of the body is a bad thing. It increases hypertension and is a causative factor for diabetes. Fat metabolism abnormalities are common in obese people.

Decreased exercise- Moderate exercise is shown to have a beneficial effect in decreasing the process. Exercise works in complex ways. It decreases other risk factors like Diabetes and Obesity. It also has many direct benefits, like increasing HDL.

There is accumulated evidence that these assumptions are reasonably true. Over the last 50 years, control of these risk factors, have reduced death and disability due to heart disease by 50 percent in the west.

This is inspite of large increases in the proportion of elderly people, and increase in obesity and consequent increase in the incidence of Diabetes,

One major modification that has come, is that it is not the Cholesterol that we eat, but the blood Cholesterol levels and other oil components in the blood, like triglycerides and LDL that are to be targeted. Saturated fats, when eaten, usually increases blood cholesterol levels.

After the Framingham study, there is a large body of evidence of patients who is on follow up for increased blood cholesterol, LDL etc. Cardiac diseases and death are definitely lower in patients whose blood cholesterol and other lipids are kept under control with medicines.

The recent advisory of the American Heart Association has specifically re-iterated that saturated fats , in milk, butter, ghee, meat and even coconut oil are actually bad for health. The only change is that cholesterol, when EATEN, is not AS BAD AS PREVIOUSLY believed.

We need extra ordinary evidence to support claims that are reasonably well established. The truth is that there are none to counter the facts given above.

This is not a sensational claim. So , it may not be attractive. But this is as close to the truth as we can come.

All the studies are flawed, and only those few studies, which may not be that good, but which goes against these are correct. (This is a confirmatory bias).

It is all conspiracy by scientists/ doctors/ drug companies etc.

There is possibility that there may be slight changes in the truth in the future, but they are likely to be improvements or modifications in the details only. Chances of major changes are rare.