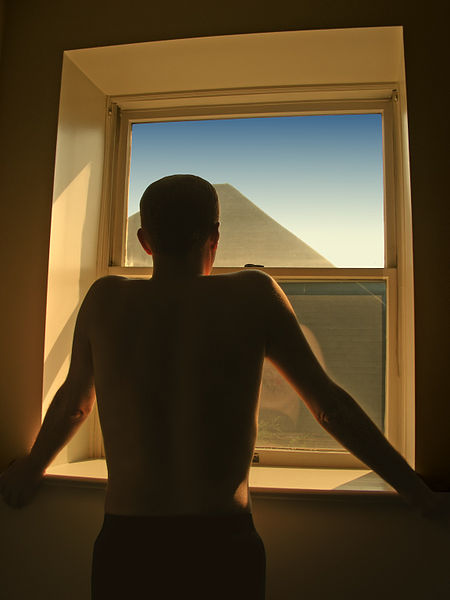 It was a Saturday evening and I was rushing out of the office to join my family for a quiet evening together. I spied Suresh at his desk, hard at work as usual. Suresh was a highly ambitious colleague who constantly tried to improve himself.

“Hello!” I waved to him, and while passing, glanced at his computer screen. I stared. I saw the following sentence typed out in bold print, over and over again:

‘The quick brown fox jumps over the lazy dog.’

I was intrigued. I was sure I had heard or seen the same sentence many times before.

“What are you doing? What is special about that sentence?” I asked him.

“Have some general knowledge, man.” He suggested helpfully without looking up.

After getting home I reached digitally for that new-found panacea for all ignorance, namely Wikipedia. I learned a few things.

The sentence-‘the quick brown fox jumps over the lazy dog’ is a Pangram. It contains all the letters of the English alphabet. Hence it is used to practice typing and to standardize display systems for legibility. It started like that, but later the image of the fox jumping over the dog caught the imagination of cartoonists, animators and the like. The picture visualised by this sentence has appeared in numerous films and books.

Why has it become popular? Any number of similar pangrams can be created. Is it because many people identify with, appreciate and even idealise the quick brown fox?

Why not? It is quick, apparently. In this world that is blisteringly paced, one is either quick, or dead. In our buzzing metros young and not-so-young professionals rush to work and rush back home. Then they rush to restaurants, and then rush to discos. When they have nothing to do, they just rush around for no particular reason. The quickness also gives the fox confidence. It is a confident fox. It is also ambitious, as jumping over dogs must rank highly in the world of foxes. It is brown and handsome. It is not afraid of taking risks in the pursuit of its goal. As it is an extrovert, it enjoys the risky endeavour. Foxes are synonymous with smartness. They are generally intelligent. In short, it is an intelligent, enthusiastic and street-smart fox.

But I can’t resist looking at it from another angle. I have some reservations about the fox. It is quick, but why? There is no need to be quick. It is not trying to catch its prey. Nor is it trying to escape from a predator. The only goal is to jump over the dog and show others that it is quick and smart. In the process, it belittles the poor dog. In short, it is a show-off. It believes in doing it at the cost of putting other people down. It is overly competitive for no reason at all.
And as for the risk that it is taking…well, it is not that much of a risk. From the body language of the dog, you can make out that it is not going to attack. It is just chilling out. It is not even bothered by the fox’s antics. Note that it is ‘jumps’ and note ‘jumped’. So it is not a onetime thing. The fox is a compulsive jumper. Every time it sees the dog lying down, it has to jump over it. There is no choice.

I can imagine it panting quietly in a corner after many tiring jumps.

Is it intelligent? Looks to me more like short-sighted cunning than cleverness. The only thing that it gains is the mindless adoration of the gallery. It is a beautiful brown, but what if it was grey? Or a faded dirty yellow like most foxes? It will be forced to artificially dye itself brown, and maintain the sheen by regular polishing.

On the face, the poor dog is shown in an unfavourable light. It is lazy and laid-back. Maybe even a little overweight? It doesn’t bother to even snap at the young upstart of a fox.

On the contrary, why should it? The fox is not a serious threat. The dog knows that if things get serious, it can beat the fox easily. It is also confident. The fox is too big to be a prey. The dog is well-fed anyway. So there is no reason to attack the fox. The dog is happy and satisfied with life. The dog knows that the fox is teasing it, but deliberately ignores it. It shows healthy restraint. It does not try to live up to other people’s expectations, and attack the fox.
As for being lazy, there is inadequate proof that it is lazy in matters that really count. It is just an insinuation by the driven majority. And have you read Bertrand Russell’s ‘In Praise of Idleness’? Maybe you should.

We should not become lazy and useless to society, but just because we are quick and brown, we shouldn’t try to jump over every dog that comes our way.

Did I mention that the dog never had hypertension and is not suffering from coronary artery disease? Yes, that too.