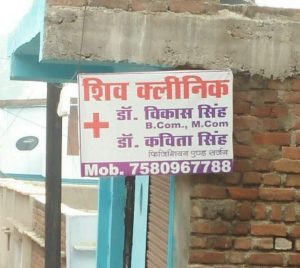 I was somewhere. Deep inside Indian territory, travelling. We were a few newly minted doctors. Middle class in India means you are among the top five in the country in purchasing power. You basically know that a world exists outside. External to your tightening circle of misery.

The deep India that I refer, is part of the ordinary India of most Indians. A dusty road in the Gangetic Plain. And my friend, Sunil, was vomiting. Diarrhoea too, and the surrounding fields were indifferent, used as they were, to the bare bottoms of humans. Bottoms that had never seen a toilet in their life.

I didnt mean Sunil’s derriere. In fact, the fields would have been astonished if they had known that his backside has never seen the great outdoors, except, one presumes, when he was a baby.

What I narrate can happen at almost any place in India. The East, North East. Rural South- it doesn’t matter.

Sorry. One gets carried away. We fear our class mate will die, and we stop at what seems to be a small clinic. A health establishment. Similar to thousands of others that caters to millions of Indians. A dirty billboard proclaims:

We do not ponder over the philosophical implications of these astonishing claims. We rush in. There is a small mouse like man dressed in a grubby shirt two sizes larger than required. The trousers are not visible. I mean, they must have been there, but are hidden under the shirt.

He starts off in rapid Hindi, and none of us can understand him.

” We are doctors. Our friend is having gastro enteritis.”

“Haan, Haan. Jee” One of us, who thinks he knows the language, utter.

He motions at the couch. The patient lays down gratefully.

Dr. Hakim picks up a tumbler from the table. An ordinary steel glass in which one has tea. Inside is a glass syringe, yellowed with age, and a thin crust like a toilet stain, decorates it proudly. Three rust-tinged steel needles sleep inside, cosy, like bird eggs in their nest.

Dr. Hakim, Physician and Surgeon- scratched his balding head. The he stroked his beard, and finally, as an afterthought, scratched his ass. His hand stayed there for a long time. A mighty itch- apparently.

He took out the syringe and one of the needles with his bare hands, and started loading it with medicine from an opened vial.

Sunil, our dehydrated and terminal case, jumps up and makes swiftly for the great outdoors. We follow.

Driving like hell, we reached a town that had a corporate hospital, and Sunil lived to tell the tale.

Just the other day, a friend, an Engineer working in an MNC, narrated a story. He had ‘gone down’ to a rural hamlet to inspect a construction. He sustained a small injury. He dressed the wound himself, with materials from a first aid box. A worker insisted on taking him to a nearby clinic to have “paai son ka injekshan”. “Daktar very good”- He was informed.

My friend stood before the ‘doctor’. He wanted to ask about the need for a tetanus shot. He planned to enquire about his sterilizing methods. But he could do neither.

He was standing, clad in a shirt and thick jeans.

The ‘Doc’, moved with lightning speed.

The needle penetrated his bum, and the contents, whatever they were, were inside his body in a second.

The Engineer saab was still standing, and the man had given him an injection- through his Jeans.

Just the other day, I read a story. A village quack had infected more than twenty people with HIV, by the use of unsterilized needles. The Hindu reports the local people saying that it was cheaper and easier to get treatment from him rather than the government’s health centre, where there were never any medicines. Sometimes, there were no doctors or staff there.

Every budget, I see the outlay for healthcare, and it hovers around one percent. It is around ten percent in many European countries.

it is like a quick prick through the jeans. Ineffective, dangerous. An afterthought.

(The Oxford Dictionary defines ‘prick’ as a puncture in the skin. But it also concedes that it can mean a term of contempt for a fool or an asshole.

That should not be what our public healthcare should be, a prick in the stylish Levis that is our India shining.

Some say things are changing. I sure hope so- Jimmy Mathew)