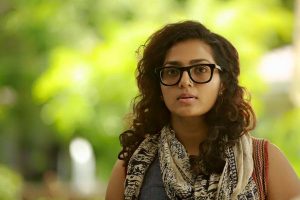 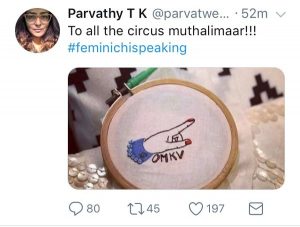 My eight year old daughter is in an ordinary school. A cross section of society is represented, thankfully, in the row of fresh faces and strictly uniformed torsos.

When she was in the first standard itself, there are talks of boyfriends, and couples. Oh. My!

Twenty odd years back, when I was almost a doctor; doing my MBBS, a phone call from a girl could push my poor mother almost into hysterics. The poor dear would haunt me like a spectre as unobtrusively as possible during the call, and get all fluttery and questiony afterwards. At the same time desperately trying to conceal her anxiety, albeit unsuccessfully.

Just a mere half a decade later, when my brother went through these same phases, the calls to him were received almost with equanimity. No hovering in the background, and no general atmosphere of dread. Damn. The whole thing irritated me like a carbuncle.

The thing is, there was progress. The standards of morality change; one realizes.

In my own state of Kerala, said to contain a generally enlightened populace, there have been a series of very interesting incidents in the recent past. Interesting to an observer of society, that is.

In the time of social media, these are a series of battles.

One: The battle of the firewood in hell.

A group of dental students do a flash mob in Malappuram, a district with a large Muslim population. Very decent moves- not that flashy, actually. Rather boring; as a performance, but really attracted attention.

Some of the girls had their traditional headscarves on, and that identified them as Muslims. This was enough for an army of ‘cyber-brothers’ to attack them. Among the choicest of abuses, the word ‘slut’ and ‘prostitute’ featured prominently.

One persistent meme was that these girls will become ‘firewood in hell”, after their deaths. Hilarious? Not at all.

Two: The battle of the friendly hug:

Two class 12 students hug each other in celebration during a festival at school. It is a Christian school. The characters are a boy and a girl. It is made into a big issue. The school authorities hack into their instagram accounts, retrieve ‘incriminating’ photographs, unearth the “larger conspiracy’- an ‘improper relationship’. Both get humiliated publicly, are expelled from school. The principal even prevents the admission of the girl in another school, by an appropriate phone call.

Three:  The battle of the pubic hair:

Parvathi, a noted lady actor, speaks out against improper depiction of women in movies and criticizes actor Mammootty, a superstar, for acting in a particularly offensive film. The male fans go berserk. Abuses rain like arrows in battle.

A male director compares her to a trained monkey. Parvathi responds, with a popular acronym- OMKV. In Malayalam, it allegedly means- “run, you pubic hair, through the paddy fields.” Nice.

It didn’t help with the name calling and abuse, I am afraid. It was not meant to be. Parvathi is unfazed, and it angers the fans, and they bay for her blood.

Can anyone see a larger conspiracy here?

Every fringe right winger is obsessed with the control of sexuality. Especially of young people. They are also zealous in putting women in their ‘proper’ place. Look at the drama on Valentine’s day- Hindu fringe attacking young couples and smashing coffee shops to bits. “Na sthree swaathanthryam arhathi’ and all that sort of rot.

The ‘you can’t drive, neither can you go out alone’ of Saudi Arabia is definitely a pattern of the state religion there. Christian groups, even now, are the chief self appointed guardians of the sexual mores in Europe and the US.

We are an amazingly social species. We were part of tribes for 200’000 years, and flourished in complex societies comprising of tens of thousands for many millennia.

A complex human society can never be compared to a troop of Chimpanzees, where everyone knows each other. All of us are specialized in our roles. How many of us know how a computer works? How many know all the details? No one.

I can re-attach a hand, but if my daughter falls sick, I run to the paediatrician. If another country attacks us, I don’t go to the battle front. There are specialized troops of soldiers, trained for the job.

The thing is, even with the global trade and trans continental specialization, one still needs soldiers. That says a lot about us. We are more like ant colonies with their committed castes specialized for particular jobs. The level of interdependence is mind boggling.

Ants and Bees co-operative mindlessly because the entire group is genetically very closely related, and they have a peculiar genetics- each worker is more related to her sisters than to an offspring, if she had the ability to have them. This makes the colony a single organism- almost.

But human beings have done something really amazing. A country, a city, or a village can and does, function like a super organism. But we are independent people, and we can do this with complete strangers. This is something unique to humans.

This is made possible, by mental structures shared by the members of a group. They can be religions, beliefs about the correct way of living, codes, laws and the like.

We feel the rightness and wrongness of actions instinctively. It is instantaneous. We feel inspired by some, and are revolted by others. Moral thinking is for social doing.

What it has led to, despite its successes, is the tyranny of the collective. The collective is all powerful, and individuals, mere extensions.

If monogamy is what society wants, it will go to any length to enforce it on people. If the entrenched systems need males to dominate, it will ruthlessly subdue females.

The last two hundred years have seen a change, which has accelerated since the 1950s in the west. We are slowly starting to see it in Kerala, the mega cities and the upper middle class- the rise of the Individual. Individual rights and the revolutionary idea of total equality before law slowly percolate the collective unconscious.

It is not Marxism at all, but merely modernism. Modernism brought on by a constitutional morality, that might replace the arbitrariness of the collective.

It wont be easy. Old mores cast long shadows. New mores will bring transformational changes. In a few decades, our social structure may change beyond recognition.

Is it necessary? Is it wise?

Just the other day, a young lady I had mentored for some time, went into pure research at a large central government centre in Trivandrum. She wanted to do a PhD and got a fellowship. First two years were hell. The guide was a morose man prone to shouting spells and mood changes.

Suddenly he mellows down. He starts touching her inappropriately. Makes obvious passes.

She is crying over the phone. Too late to change guides. Her fellowship is going to expire. No- she doesn’t want to create trouble.

No- “I wont complain. I cant. My parents are looking for a boy for me to marry. Now I cant do anything.”

Suddenly it all feels closer to home. Both my daughters want to go to pure science. The arbitrary nature of the discourse is gone.

We are still a long way off, guys and gals.  Unfortunately.

Women who can call adversaries ‘pubic hair’ are still few. Too few. What should I say? May their tribe increase? Or may a time come when it may not be necessary?

It may be rather far off. (Jimmy Mathew)