We have big heads. That is what gives us a pain in the neck. Our brains weigh nearly one and a half Kilos, while our closest relatives, the chimps have only half of that. It also gives women a seductive sway in their hips. The abnormally wide pelvis of the human female is engineered to push out the large cranium of our babies. The brain continues to grow long after birth in humans. Human juveniles take a long while to mature, and it takes a long apprenticeship to learn to navigate the complex society and world of humans. It is not possible for one woman to bring up a clutch of human babies.

The father had to get involved. That is the beginning of the ‘human pair-bond’. A whole gamut of complex emotions got birthed. Love, longing, jealousy, betrayal, sacrifice- a universe of feelings and connections burst into existence. The children now knew who the father was. Grandparents, uncles, aunts, nephews and cousins made their appearance. As humans are highly sexed, it was difficult to maintain fidelity. Society had to get involved. It had to officially sanction the union and discourage outsiders from ruining the relationship. The marriage was born.

Once an inevitability of adulthood like receding hairlines and sagging breasts, the marriage now evokes mixed feelings. Many of us live in enlightened societies where you have a choice not to marry. Many married persons look back with a feeling of ‘I wish…’

At least some of us, I am sure, will be surprised to learn that every study and survey conducted till date has confirmed that the married status is good for our well-being. Married ones are generally happier in the long term than unmarried ones. Bachelors tend to die much earlier than married ones. And divorce is associated with unhappiness. Our close relationships and immediate family are by far, the most important determinants of happiness.

The advantages of marriage are many. It provides companionship and love. Sex and a sense of belonging are important. Caring for children and nurturing a relationship are seen as worthy goals that should be pursued. They may provide direction and meaning to our life. In societies where the government does not provide adequate buffer, the family is the prime source of security in old age.

And marriage is an institution definitely under threat. The ‘World values survey’ is an NGO that studies people’s attitudes and social indicators in 100 countries for the past thirty years. The value people attach to marriage has declined greatly in recent years. The divorce rate has gone up in almost every country. Children brought up by single parents have been shown in some studies to be more prone to anxiety, depression and crime. They are also more likely to have unhappy marriages when they grow up, thus perpetuating the cycle. Countries, governments and religion have made separating progressively easy for couples. Now, in most liberal democracies, it is relatively easy to part ways by mutual consent.

There are many reasons for this. One is the rise of Individualism. The idea that my own attitudes, pleasures and happiness come first, and that society has no role in determining them has both advantages and disadvantages. It has risen because now people can afford to ignore society’s norms. Government machinery has made an individual’s security more stable. So, in general, people are not that interested in sacrificing much for the sake of their spouse, or children.

Gender roles have changed. Modern technology has made it possible to maintain a home with minimum scut work. The women can go out and earn. She is no more dependent on her husband. That makes it easy to separate.

Society’s pressure on a couple to remain married has eased. And there are more distractions. The new work culture leaves families with no time. Time constraints are a big breaker of families. The options have increased. It is possible for partners to have other relationships more easily. These are now increasingly considered personal things on which society should not interfere in.

We cannot reverse any of this. When you look at tribal societies, we see that when the woman contributes equally to the resources in a community (as when most of the food comes from gathered stuff, and not by hunting), she has greater status. Separation is common among couples in those societies. In communities like the Inuit, where women are totally dependent, they are treated poorly, and divorce is very rare. We cannot save marriage by treading on the rights and freedom of women. One can argue that stability of marriage at any cost comes with unhappiness of shackled women.

But the fact remains that close relationships and their stability contributes to our subjective well-being. Like so many things that concern humans and societies, it is a balance among contradictory forces that is probably appropriate. Can we try to counter the other challenges? Can we become, by attitude- more giving, sacrificing and generous? Can the rise of individualism be tempered? Is it advisable to do so? These are all questions that we can think about. 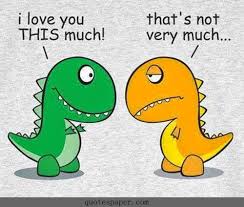