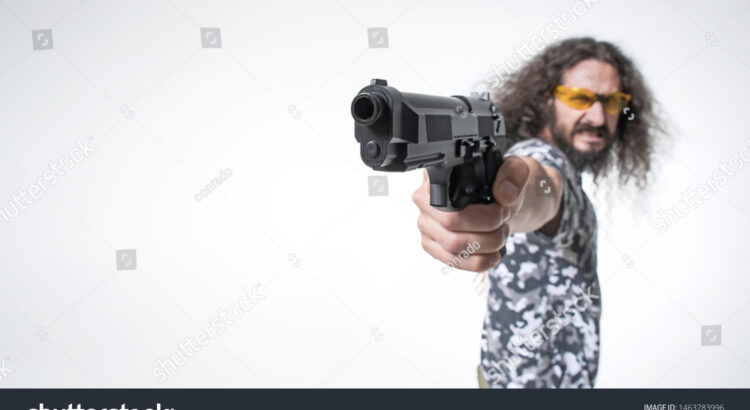 Saranya really interested me during third year. A few girls who were her followers orbited around her in perpetuity. I followed her around for a bit, and she seemed to tolerate me. I felt grateful, for she was very intelligent and beautiful. Many said she was dominating, and combative.

”She hates men” someone told me. But I didn’t mind.

Most of us wandered lazily around the campus in gangs, on occasion. One day, I was walking along a deserted road deep in the wooded part of the campus with Saranya and three other girls – all rather pretty. We were supposed to be bird watching. Saranya was fond of these things, you know. Environmental activism and similar pursuits turned her on. We walked slowly, cracked jokes, and laughed. I basked in the proximity of saranya, and thought we were making progress.

It was dusk. Rumour was rife that criminal elements lurked in desolate places. I don’t know how to describe the terror of the situation. Three or four towering figures jumped out from behind the trees with terrifying cries, and blocked the road in front of us. It was so sudden and unexpected that all the girls screamed, and I did too, and so loud was the din that even the cicadas fell silent. At that time I realized that screaming was an involuntary, primal reaction.

Our assailants wore white stocking masks which made them look like characters out of the movie, City of the Living Dead. Together they crouched in front of us and pointed their hands at us as if they held invisible Kalshnikoffs (or AK 47s, if you prefer). Bang! Bam! Wam! Rat-a-tat-a-tat, Dhoom! Boom!

We continued to scream for thirty seconds, terror-stricken and rooted to the spot. By the end of it, we realized it was some kind of a joke. The men pulled off their masks, and laughed hysterically like hyenas. I recognized Indrajith and three of his cronies.

They doubled up and rolled on the ground in mirth. I smiled sheepishly. Actually, I was relieved. Saranya’s face was twisted in anger, and tears streamed down her eyes. Indrajith stopped laughing abruptly. With a serious expression he approached us and stopped near Saranya. He truly towered over her. He pointed two fingers straight at her, with the thumb upright, in the manner of a pistol. Indrajith was one year senior to us. One of those Clint Eastwood types. Hero in the campus, chief ruffian and practical joker.

“Beware!” he said and, with his gang, disappeared into the woods.

Now, I felt free to grin like an MLA who comes back to his constituency after a four-year gap, but changed my expression promptly to one of sympathetic concern on seeing Saranya’s face.

“The … the bastard!” she stammered, with intense feeling.

Indrajith did not stop at this. He repeated this stunt many times at various places. Whenever Saranya and her friends (sometimes, including me) walked to the canteen, or to the bus stop, to take a trip to the town, he either appeared alone, or with some guys (now without masks), bang-banged and rat-a-tatted with the fingers, impersonating heroes from Hollywood movies, faces set in mock seriousness. Most of us dismissed it as a joke, and smiled with embarrassment at the bemused onlookers. The thick-skinned Indra was oblivious to them. But Saranya was not pleased. The episodes disturbed her every time. She was strangely unsettled by the whole thing and hurled abuses at him, which was uncharacteristic of her. The eager spectators derived much merriment from each episode.

The final episode occurred when I was with Saranya and four or five of her staunch friends. We were returning from an ice cream break, and were at the junction where the road diverged. One path led to the ladies’ hostel and the other to the men’s. Indrajith sauntered by. Seeing us, he crouched down with his invisible AK-47 and gave a scintillating performance. I was impressed with the vigour of the man. He put his heart and soul into each act. I wondered why he was not yet bored with this. We ignored him and resumed our walk.

“I have had enough! I am going to complain,” said Saranya.

“What do you mean?” I asked, surprised.

“I mean … How long will you put up with this? This … this humiliation?”

“Ignore him. He gets encouraged because you get flustered every time.”

“What will you complain about? Nobody would take you seriously.”

“You don’t understand. It is highly insulting. It has other connotations, you know … shooting at women.”

“Don’t try and extract Freudian implications. As far as I know, Freud never said anything about guns. Snakes, I agree. Guns, no.”

“But who will you go to? It is already six in the evening. The office is closed.”

She wasn’t put off. “The warden’s house is nearby.”

“No, you have to come with us. You are the prime witness.”

“What! Don’t be difficult, Saranya, please… I…”

When the contingent knocked on the door of Dr Elizabeth’s quarters, I was very much present among the members. Dr Elizabeth was the head and professor of Physiology, and was the chief warden of the ladies’ hostel. Spectacled and matronly, she had the look and reputation of a stern woman.

“Yes, what is it this time, Saranya?”

She was looking down her nose at us. The spectacles glinted from the streetlight outside. I hid behind the shorter girls, and tried to shrink myself as much as possible.

“It is Indrajith, Ma’am. And his gang. He insulted me and my friends. Today is the fifth time.”

“Excuse me?” Dr Elizabeth’s eyes widened. I had a feeling she was wondering whether her ears were working properly.

The warden stared at Saranya, without speaking, for several seconds.

“It is not a joke, Ma’am,” Saranya tried to justify herself. “It is insulting. An attack on womanhood. I…”

A faint smile flitted across Dr Elizabeth’s face. “Attack on womanhood! I only wish all attacks on womanhood were only as severe as that.”

“What do you mean?” Saranya lost her respectfulness. She said defiantly, “We protest, Ma’am. You have to take it seriously. It is your responsibility. As residents of the hostel, we are under your protection.”

Dr Elizabeth thought for a few seconds. “Today’s women are empowered,” she said calmly. “You are like that, Saranya. You are a liberated, strong woman. You can do it.”

“Shoot them back. Mow them down. Show no mercy. I give you my permission. Throw mock grenades if necessary… Okay then, I think that solves the problem. I was busy writing a paper for the Indian Journal of Physiology. If you will excuse me…” She went back into the house and banged the door shut.

Saranya fumed as we walked back from the quarters. “That woman is useless! No fellow feeling. This is the problem with women … And stop grinning!”

“Sorry,” I said, and suppressed my levator labii superioris and zygomaticus major muscles with difficulty.

The next day dawned with the proud beauty more determined than ever to have her way.

“I am going to the principal,” she informed me.

“For what?” I feigned ignorance.

“The shooting spree, of course. You think I am going to let it pass?”

“You have to come. There should be at least one guy to support us against this gross act.”

“If you think I am going to come with you, you are mistaken,” I said solemnly.

And so I was there for sure among the motley group of girls at the college office the very next morning. We sought an appointment with the principal ‘regarding an urgent matter concerning violation of human rights’. That’s what she told the secretary. After a time, the secretary motioned for us to enter.

“He is preoccupied with the strike and various associated issues. Be careful,” she warned us in an undertone.

I felt weak at the knees. The principal was a balding, irritable midget who was anxious about almost everything. He followed each rule and convention to the letter. Also, he was reputed to have a short fuse. The medical strike must have tested his patience sorely. He looked up irritably from a pile of papers on his desk.

“What human rights are violated? What is this about? It had better be important,” he snapped.

“Sir,” Saranya began, “We girls deserve dignity. It is a question of respect and equality.”

“Yes, yes, come on, what is it?” He was obviously impatient.

“A society can be judged by the way its women are treated.”

The principal ran a restless hand through the sparse hair on his head, and appeared agitated. “Come to the point, girl, if you don’t mind. Please…”

“It is Indrajith, Sir. Some of his friends are also involved. You have to take action. You can’t let him run amok in the campus like this. It is disgraceful, Sir.”

“What the hell –” The principal tried hard to control his temper. “ – did he do? Tell me fast!”

“Jumped? You mean he grabbed you?” he asked incredulously.

“No, Sir. He jumped up in front of us. Then he and his cronies acted as if they were shooting at us with guns. They made bang-bang noises.”

The principal stood up and ran his hand through his hair again. This made each strand stand up like a porcupine’s quill. He looked like a cartoon character that had received a nasty electrical shock. I think he frothed a little at the corner of his mouth.

“What nonsense!” He roared “Get out! Clear out of my office now! Right now!”

The secretary, who had come in now, whispered something in the Principal’s ear. Some prudent advice about being tactful when gender issues are involved; I guessed.

The Principal breathed slowly in and out. I understood. He was doing pranayama, to calm himself. Then he put on an elaborate smile. Then he said:

“Dear girl. I promise you- I will take stringent action.”

“The moment,” The principal continued, “one of you get injured from one of this guy’s bullets. Only then. Otherwise, no.”

I ran outside, doubling with laughter.

“I will never speak to you again”- She said. and she didn’t.

But somehow, I was not crushed. I don’t know why.

Now- I know this narrative is an extremely regressive rant, and that the faculty were terribly insensitive. And that I was an asshole to see merriment, where none existed. She was a nice girl- a spirited one. There were genuine grounds to the issue, and none saw it. Even I was a product of the times, and cannot escape judgement.

But I have to stay true to the facts where history is concerned, and if you accuse me of being a male chauvinist pig, I stand- Guilty as charged. (Jimmy Mathew)