It was dark. It was not the intensity, but the pervasiveness that made it so total. There was nothing. Yet shadows lurked. There was the merest suggestion of something to come, though future was not yet invented. That is because Time had not come into being.

Then there was a voice. The voice was without sound, it was beyond words, as language was a concept not yet known. It was a command, and it emanated from nowhere and everywhere, as pervasive as the darkness:

“Let there be light”

Suddenly there was a past and a future. And a Space for everything to be. There was light, dazzling in its brilliance, yet mellow in its benign intent. Tiny quantum photons danced with Heisenberg’s uncertainty smearing them out into vague smudges, yet Pauli’s exclusion principle kept them from merging into one another. Pauli and Heisenberg were far into the future. Yet they had to have a forefather, and a foremother. The stage was being set for them- by Him- Alpha and Omega. The primordial Ohm. The all-pervading consciousness. A presence that towered over the all that was just beginning.

The Sun had to give energy. So it had to be moulded into being. The moon had to stabilize Earth’s orbit. Man had to stand on solid ground. So the waters were separated to create land.

Plants, insects, fishes, animals. They swam and crawled, howled and chirped. Roared and hissed. But they did not speak. They couldn’t.

He wanted man to. He wanted him in his own image, and hence made him with love, from the Earth that he stood on. He breathed into him and then he breathed on his own.  He has come into being. He could think.

I was him. I felt like him. The first man. I looked around. The animals looked back. The trees waved their green arms. I looked at God. I knew him the moment I saw him.

“You have everything.” He waved his arms around.

I had to tell him- something was missing.

“Where are the girls?” I blurted out. Eternity would be bloody lonely without them.

“Thou shall have only one.” He looked at me severely. I had to agree. Suddenly he lunged and grabbed the side of my chest. The fingers were like steel. They plunged in. Blood burst forth. A torrent of pain. I screamed.

“I will take a rib out. We will make you a girlfriend with this.” He said.

I woke up with a scream. My mother was prodding me in the ribs.

“Get up. It is almost time for school and this boy is sleeping like a log”. I jumped up from the bed. My mother looked at me kindly.

“I know you have a lot to study. Stayed up late with algebra? You were shouting X, XY and all in your sleep. It is good that you are not dreaming of non-existent girl friends like all the other boys.”

“Just one. The mother of all girlfriends.” I mumbled. 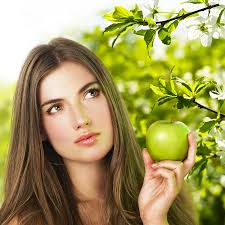