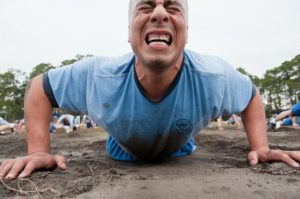 College hostels are good places to look for real big eaters. I knew two of them, during my days there. Jim and Tim- both were famous for their gargantuan appetites. The similar names made it easy to buzz about them.

“Did you see Jim and Tim at the mess yesterday? Each had fifteen chappathies.”

“And Jim ate two bananas after that. Imagine.”

Both had a friendly competition going on. We cheered both on. The ability to hog like monsters was indeed considered a worthy feat.

Even though the both were twin souls in the matter of downing the hostel food by the pail, there was an important difference between them.

Jim was thin and Tim was very fat.

Well, you couldn’t call Jim very thin. But he was trim and muscular. He was a fitness freak. He worked out in the gym for an hour every other day. Every morning he put on his running shoes and ran at a steady clip, twenty rounds on the college ground. That was about ten kilometres. He was a district level athlete in the long distance races.

As you might have guessed, Tim was a sedentary animal. Lifting fried legs of chicken shaped like half-dumbbells into his mouth was the maximum he would do by way of exercise. He became fatter and fatter while Jim seemed to maintain a steady weight and had a pleasing figure, though he became slightly beefy by the time he left college.

Tim tried hard to lose weight. The reasons were obvious. Girls flocked around Jim, while they treated Tim like a comic figure. One thin girl who used to walk with him to the classes started avoiding him. Someone had suggested that it was the gravitational force that attracted her to Tim.

Exercise was the option that Tim chose. Eating less was not a desirable thing to do when one is young and vigorous. That was what was drilled into him when he was a kid. He joined Jim in the gym and started regular running. Of course, he could not match Jim, but he clocked half an hour a day.

The only problem was that Tim saw the exercise as an excuse to eat more. After each run, he felt ravenously hungry. He downed two milkshakes and three eggs immediately after each session. Needless to say, Tim only increased in girth as time passed.

“Exercise is useless!” He fumed.

As Jim moved on in life, got married and his career became busy. He tried to keep up with his fitness regime, but found it impossible to do so. One day he came down with severe back and knee pain. He had them for years but was continuing to exercise in spite of that. Now it was no longer possible.

When I saw them last was during the college reunion last year. Both Tim and Jim, now in the late thirties, looked identical- very fat. Obese, to be precise.

Exercise is the new magic word. Eating less, is not healthy, we are told. In activity lies our salvation. Move. Move….vigorously. More you exert, the better it is. One question is – are there any problems associated with exercise?

The number one problem associated with exercise is amply shown by Tim. We tend to overestimate its effects. Worse, we might take it as an excuse to overeat.

Most of the food that we eat is utilized just to keep us alive and our brains humming. It is estimated that eighty percent of an average person’s eaten calories is used up to maintain the Basal Metabolic Rate. When we run at a moderate pace for half an hour we burn around 200 to 300 Calories. Tim thought that was enough to make him slimmer. He even assumed that he could eat more, just because he was spending an extra 300 calories a day. One sugar laden, thick large sized milkshake contains easily 300 to 500 Calories. So, a sweet, simple milkshake was more than enough to offset any benefit he got from his exercise. No wonder he became fatter in the process.

Yes. Definitely, like Jim, one can exercise to your maximum capacity like running two or three marathons a week, and eat all you want. Even then any tiny excess energy that you take in can lead to weight gain over decades, for it is a slow process. Besides, is it healthy?

Most studies have shown the benefits of moderate exercise, none has shown consistent dose dependent advantages of severe vigorous exercise. It is certainly possible to be an unhealthy athlete.

Many marathon runners can develop a kind of fibrosis in the heart that can lead to conduction abnormalities. Premature osteoarthritis is well-known sequelae of overzealous and vigorous exercise. Over a life time, it becomes progressively difficult to follow an extremely difficult course of physical activity. But the wrong eating habits, like the ones acquired by Jim during his teens and youth continues into old age, letting the pounds accumulate. The metabolic rate drops as you age, meaning that we need less food as we become older. But we eat the same amount of food. This is the basis of middle age spread, which is absent in traditional societies.

Another thing with exercise is that it is addicting. The release of endorphins is good for your mental health, but one can become dangerously addicted to the ‘high’ that we get during exercise. This can cause us to continue, even when we are sick, or when in pain. We may also become obsessed about it, and neglect our family and social commitments.

So, the trick is to do sustainable, moderate exercise. No more, no less. One recommendation is half an hour to one hour of moderate aerobic exercise, like running, brisk walking, cycling, swimming etc for five days a week. It has to be combined with strength exercises, like weight training, for two days a week, half an hour each. (Jimmy Mathew- to read more, get the book Health and Happiness without Bullshit from Amazon.in)