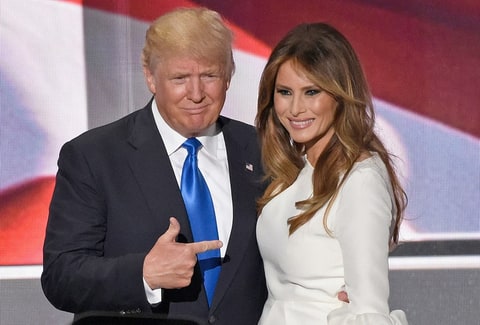 I had just got back from Planet Zor, two million light years away, to counsel Dracon, the dictator to a hundred Billion Zorians, regarding an uprising of locals in the beta sector. Being an intergalactic Psycho-political consultant was tough. Unholy hours.

I was woken in the middle of the night by CIA agents crawling all over the apartment. Being used to cockroaches, I didnt mind that. But when they told me that the American President was waiting for the appointment on skype, I had to get up. Tied up my lungi, but remained topless.

“Hello, I hate body hair!”  Trump growled. He loomed, as they zoomed the screen. He looked down on me and showed me his middle finger. It was a nice greeting, but I knew it was a test.

I promptly lifted up my lungi and showed him all. He calmed down. Obnoxiousness had to be returned in kind; otherwise one is never respected by politicians. Lungi lifting was a signature move of members of legislative councils in my part of the world. Trump didnt know that. So he was doubly impressed.

“Let us get on with it, then,” I was businesslike. “Your minions want me to help you reach self realization. You seem to be unaware of what you are doing, and what it is all about.”

“I want to make America great again!” He thundered. “Let us build that wall! Down with bullcrap and Indians. Foreigners get out!”

“Rubbish. What you want is to remain in power, and you want people to support you for that. Unless that is agreed upon, we can stop right here. And no interruptions till I am finished.” I was firm. I scratched my hairy chest, and he winced and nodded sullenly.

“With great power, comes a great temptation to meddle. This is the problem. Suddenly you get the idea that you can change everything and fix the world. You get itchy and may inadvertently announce that hundred dollar bills are worthless from tomorrow and all hell breaks loose. The economy can collapse, and it takes all your propaganda machines working on full cylinders to distract your citizens from noticing it.

You have to understand that the global order is remarkably uniform. Much more than it was a century ago. We have the same currency system, and the same type of Economy. We have central banks, interest rates and taxation systems. We have people working, entrepreneurs starting businesses, and scientists doting on technology. In every country in the world. China is an oligarchy, but the economy is a basically a free market system. Take Russia for example. It is a sham democracy, but the same rules apply. In all the democracies of the world, it is the same old things, known by different names.

Experts take care of each and every part of the system. No one person even understands how it all works. A sudden urge to make “everything alright in an instant” is a recipe for a burned steak.

The role of a government is to educate and give basic healthcare to all its citizens. Enforce rule of law, and enable a secure and stable climate for people to flourish naturally.

And yes- equality and environmental responsibility. These are two major failures of the free markets. That is all. But this is a tall order. Just get on with it, then.”

Donald Trump made a face. Clearly, he was not satisfied.

“But governments get extremely irritating at times. They try to control all the citizens, tax them too much, and siphon the money for the private luxury of leaders and their bootlickers. Then they kill people by the millions. These are routine in any autocratic system. Look at history.

In a Democracy, people criticize. Media raise a stink, and periodically people vote and throw the government out, and bring in another. The issues may or may not be relevant. The people are emotional, and as a rule are not rational actors. In fact, it can be argued that this is the only advantage of a Democracy. The freedom to kick. Kick one set of leaders out, and bring in another, and to repeat the process, ad infinitem. “

“Ah. A good model. I knew you were aiming for something like that. Russia, Singapore and a host of countries are now dabbling with this model. Putin is a master at this. Let us look at how he manages.

He is the leader, and he is ruthless at suppressing dissent. He doesn’t care for democratic values, and everyone knows that.

He harps on Russian Nationalism. Russia has to go back to the golden era of the Tsar. Facts don’t matter here.

Russian Orthodox Church supports him. Sacredness is the essence of a leader. It should feel like sacrilege to badmouth the Boss. An extremely old ploy, really.

The whole economy of Russia is managed by a few billionaire oligarchs. They control all the media houses. And the Oligarchs back Putin. Imagine a plethora of Republic of Russia T V s, similar channels and newspapers.”

“But Russia is one of the most unequal and corrupt countries in the world! How does Vladimir Putin manage to keep the people happy, even with his enormous power?” Trump blurted out. “ I now realize that I am doing most of these things in some way or the other.”

“Of course,” I answered. “The next is the manufacture of internal and external threats. Terrorists, foreigners and immigrants inside, and other countries and the world outside. This keeps the populace distracted.

In your case, branding all critics as against America, and all Liberal voices as that of dangerous Chinese communist agents would be a good idea. You have a marvellous history from the time of McCarthy. All these are basically principles, followed by politicians from time immemorial, including Mao, Stalin and Hitler. These are nakedly blatant, yet have proven repeatedly effective.

There are always threats from outside, China, India, universalism, conspiracy of global warming theorists, and the whole lot. You are doing it, but should do it deliberately, mindfully and with purpose.”

“Ah . “ Trump leaned back with satisfaction, and gave me the middle finger again. I repeated my Lungi lifting repartee.

Ah. Time for a bit of sleep, till the next call comes from Delhi. (Jimmy Mathew)