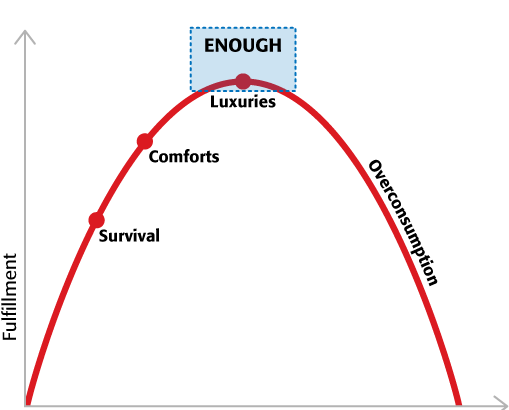 A few years back, I had sifted through the scientific literature about human happiness. The journey was gripping. I wrote a book too- “Health and Happiness without Bullshit”.

Measuring Happiness has become a fad.

The recent “World Happiness Report” released by a UN agency, has put India in the 139 the position from a total of 149 countries.

People always ask this question- Can Happiness be measured? Does this really mean anything?

Well. The surprising answer seems to be, yes.

In this particular Report, what is referred to, is a construct called “Life Satisfaction”. It is measured by a simple question, which goes something like this- “How well is your life going, on a scale of one to ten? Ten is the best possible life, and 0 is the absolute worst imaginable.”

Please tell me your answer in the comment box. Don’t look at those of others.

About India- no point in getting angry and flinging about conspiracy theories of foreign liberal asses out to fling mud on India. We have been consistent. We were 144th last year.

This quality of a test is called its reliability. It is repeatable. Countries like Finland, Switzerland and Sweden have always been at the top. China has been at around the 80 mark for many years now. Similar surveys have been conducted by many other organizations, like the World Values Survey, Pew report and others. All show similar average values for a country. And trends too, vary in a similar fashion.

Next thing to ask is, does it measure what it is supposed to measure? Does it correlate with some other factors which are obviously important to Happiness? This is something called ‘Validity’ of a test. Let us look at per capita GDP (Income per person), and a measure called Human Development Index, or HDI. HDI is an aggregate measure of longevity, education, and income. Look at India’s and China’s ranks for three indices (Recent Ranks):

So you see? There is surprising concordance with some objective measures. But the relations are complex. Happiness depends on income, indices of HDI, as well as factors like the perception of freedom, trust, lack of corruption, perceived equality of status etc.

It is indeed, a good thing to measure.

I will use this article to burst another myth. No.  Bhutan is not the happiest country in the world. It was always around 95 or so.

A word about Money and Happiness.

Yes. It is a myth that money is not necessary for Happiness. Average income increases it, both between countries and individuals. But it is not a linear relationship.

So, increase in income increases Happiness. But progressively less as it does so. At one point, there is a tendency to stagnate. This fact is very crucial. What do you think are the implications?

Please feel free to comment. I am planning a simpler, more streamlined book on Happiness.

What would you want to know?

Do you think knowing the Science will help you? That is the question.

And yes. About India. We have to improve, and the first step is accepting that we aren’t there yet. But we can, if we don’t bury ourselves in the sands of ancient glory. (Jimmy Mathew)