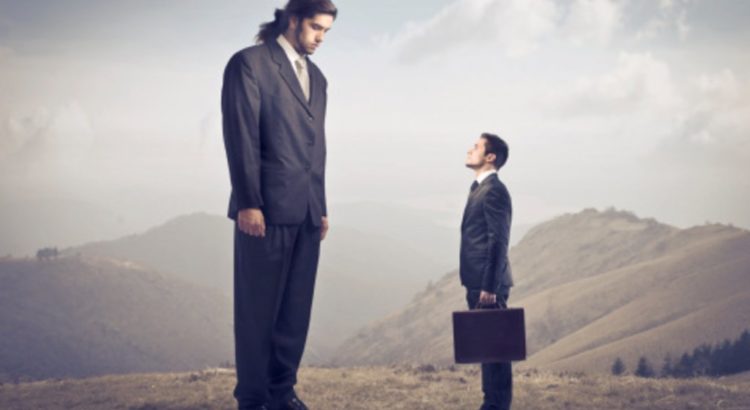 BANGALORE WAS colourful. We were sitting in the lobby of Hotel Excelsior. It was a breathtakingly posh seven-star hotel.

Hafiz, Pradeep and I sat and stared all around, overwhelmed by the opulence of it all. The three of us were year-old surgeons. We had completed our MS only a year ago.

We had come to attend the All India Surgeon’s Conference. It was a big affair.

Don’t be under the impression that we were staying at Hotel Excelsior.  Banish that thought from your head. We were sheltered in a cheap seedy joint five hundred metres away from the conference venue.

That is the beauty of India. Niches abound for animals of all types. The top tycoon and the lowly beggar share neighbourhoods with a practiced nonchalance, each comfortable in their own parallel worlds.

After MBBS and a spine-and-mind-bending three-year surgery residency, all of us had started working as junior surgeons. Each of us earned around ten to twenty thousand rupees a month.

I had parted with the registration fee of five thousand with grave reluctance. We started planning for our journey almost one month in advance. It was big for us, monetarily and professionally.

‘We will book rooms in Excelsior itself. It is no fun staying away from the conference venue,’ Hafiz said. He was one of those rich guys who became wealthy in the best way possible. He had inherited all the money.

‘We don’t have sacks full of the green notes littering our drawing rooms, Mr. Richie Rich,’ Pradeep retorted. ‘Let us stay in some cheap lodge. And three or four whiskey shots will make us ignore the mosquitoes.’

‘Okay, then. You can have glasses of methyl alcohol and bugger up your liver and eyes,’ Hafiz agreed.

The cheapest room in Hotel Excelsior costs eight thousand rupees a day. The conference was for four days. Even then, all the rooms were full of surgeons who had come to participate. This fact really surprised us.

If you wanted one of the bigger suites you had to pay a whopping twenty thousand rupees.

On the very top of the huge building was the amazing penthouse. It was rumoured to be as palatial as a posh suburban home. It was charged at a bewildering thirty five thousand rupees.

‘Who is the big guy staying in the Penthouse?’ Pradeep asked.

‘Must be really big.’

A discussion erupted over the possible identity of the person who was paying many times our monthly salary per day for a hotel room. It escalated into a heated argument between us.

Three white men had come to the conference from various western countries. They were there as expert faculties who would be presenting papers and giving lectures.

I was convinced that one of them was in the most expensive room.

‘When you convert dollars and pounds into rupees, this amount is nothing,’ I said.

‘You are a fool,’ Pradeep said with characteristic frankness. ‘These are all foremost experts in the world who were specially invited. The organisers are paying for their stay. I know one of them. He told me that all the foreign experts are in the suite rooms.’

‘Then he could be Atul Mande, the famous cosmetic surgeon from Mumbai,’ I said.

‘No, man. It must be some cardiac surgeon. They are the really stratospheric ones. What about KM Cherian, the god of heart surgeons? It must be him who is staying there,’ Hafiz replied.

‘They simply don’t have the time to come to a stupid general surgery conference. You are being stupid,’ Pradeep opined.

‘Don’t be little general surgery. It is the mother of all subspecialties in surgery. And don’t call me stupid.’ Hafiz became agitated.

‘Why are you angry? You sound as if I insulted your own mother.’

To cut a tiresome string of bickering short, it is enough if it is understood that there was no consensus. We decided to find out who was the person staying in the most extravagant room in the most luxurious hotel in Bangalore.

I still stuck to the cosmetic surgery theory. Pradeep was adamant that the person must be a surgeon with a gargantuan practice in one of the metro cities, probably Delhi.

There was a wager. Each had to contribute a thousand rupees. The winner takes it all.

The three of us walked briskly to the elevator and pressed twelve. Within seconds we were on the topmost floor. We rushed out with an official air. We were on a fact finding mission.

In front of us was the penthouse. The door was shut. We stood and gaped. We realised that we had no plan.

How will one knock on the door and ask: ‘Hey, who the hell are you?’ It was simply not the way to do things. Pradeep, who led the charge, looked sheepish.

‘You are the moron among us,’ Hafiz informed him. ‘Let us go back down to the reception and ask them. That is how it should be done.’

‘We are already here. We can sit in this stylish balcony and rest,’ I suggested.

‘That is right. It is time for the inaugural session. He will probably come out now. He will have a nameplate. Let us wait and see,’ Pradeep concurred.

All of us sank into the softest couch ever invented, in front of the penthouse. Our bottoms sank into its fluffy depths.

A window by our side offered a breathtaking aerial view of Bangalore city. Vehicles crawled like ants down below. Skyscrapers stretched out into the horizon.

I relaxed into a reverie. Thousand rupees was a big amount. Will I lose it? I thought about the times when I had lost money to other people.

They were not always lost on bets. This Pradeep who was sitting by my side had borrowed a thousand from me during internship.

My entire stipend for one month was only that. He still hadn’t returned the money. Should I ask for it now? I decided against it. Another chap had taken eight hundred bucks and had not returned it.

Money was a scarce commodity back then. The stipend was meagre. That made it impossible to forget non-repaid loans.

Anil Kumar once squeezed out a neat sum of three thousand rupees from me. I haven’t seen that money again. Nor have I seen Anil Kumar.

A vague, prematurely balding, thin figure emerged from the depths of my memory. A. R. Anil Kumar. We used to call him big brother Ani.

But I didn’t resent Ani for not repaying that huge sum. I felt only pity.

Ani was in the tenth standard when his mother died after a protracted illness. On her deathbed she did a silly and irrevocable thing. She called Ani to her side and said:

‘Son, you should become a doctor.’

This fell like a meteor from the sky to Ani’s young life and messed things up. The problem was that there were other people listening. So he couldn’t hush it up.

It is not clear from folklore whether he would have if he had the chance. It is possible that he was mentally incapable of escaping this mother of all emotional blackmails.

Before this injunction, his original plan was to take up commerce and try for the Indian Administrative Service. He was a brilliant boy and very good at his studies.

His father promptly made him take up the science stream for his eleventh and twelfth standard in school. Otherwise how will he join Medicine? A dying mother’s wish was not to be thwarted.

To come directly to the centre of the bull’s eye, Ani got admission to Medical School.

He did not like any of the subjects taught there. He had no taste in biology or diagnostics. Diseases and death repulsed him. Seeing even a single patient was an ordeal.

He failed repeatedly in many exams, and lost a considerable amount of course time. That is how he landed in our batch.

He was two to three years older than most in our batch. That is how he got his name – Big Brother Ani. Somehow, he passed the course.

When the rigours of internship started, he was plunged into despair. Six months into the mandatory one year internship, a rumour went around the hospital. Big Brother Ani was going to leave. He did not want to continue. He had no plans of finishing his year of internship.

I felt for him. I also wondered what he was going to do. Completing MBBS successfully gives you a certificate.

Unless one does the rotating internship, he can’t register with the Medical Council of India. That means he cannot practice Medicine.

Shortly after the rumours started, one day Ani came to my room. His demeanour was frantic.

‘Man, give me three thousand bucks. It is an emergency.’

I looked at him with a query.

‘I got admission to the MBA course in Cochin University. I haven’t told my father. Will tell him at the right time. Not now. So I can’t ask him for money. And there is no time. I have to join tomorrow.’

‘What? MBA? What is that?’ I asked him. It was the nineties. I swear to you, I did not know what that meant.

‘Never mind that. Give me the money, if you can,’ he said.

That was how I bid goodbye to the three thousand bucks. Where was Ani now? No one seemed to know. Now four to five years must have passed. Poor chap.

Duk. The noise broke my train of thought. The penthouse door was open. All of us stood up. It was an involuntary act of respect for authority.

Here was the big guy. We considered him to be at the zenith that any medical professional can aspire to reach.

The distinguished-looking man was clad in a full suit and tie. The baldness was fairly advanced. A cute and incipient paunch rounded off the figure nicely.

It was a privilege that he recognised us instantly. We crowded around him. He embraced us one by one.

The question was on everyone’s lips. ‘How did you come to be here?’

‘I am the regional manager in charge of South Asia for Johnson and Johnson. We are the sponsors for this conference.’ He laughed. ‘I flew in from Australia yesterday.’

Then he turned to me.

‘I haven’t forgotten that three thousand rupees. I will pay it back, with interest. I couldn’t meet you. Became too busy.’

‘Thank you.’ I stretched out my open palm. (Jimmy Mathew)