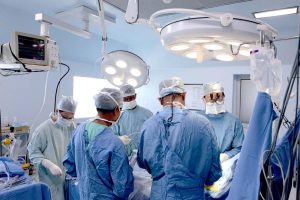 It was 2006. I had become a Plastic Surgeon. After four and a half years of MBBS, I did One year of that rotating slave work called internship. Then three years of surgical residency at JIPMER. I had done eighty to hundred hours of work per week in those years, and I didnt know what a weekend really was. Of course, I knew drunken nights, and smoked for two years during that period, and my eating habits were the worst in the world. Have no doubts- my arteries were hardened, head baldened and a little of the nicer part of my predisposition erased permanently.

Three more years of mostly assisting, retracting, dressing wounds, taking calls and pointlessly sleepless nights made me A Plastic Surgeon. Now I had a wife and a daughter. No weekends.

It was immediately after that I joined a well known private hospital as the third person in the Plastic Surgery team. I was offered thirty thousand rupees a month. I accepted. The centre was very busy and well known for micro surgery and trauma reconstruction. The point, we young doctors knew, was not money, but experience. I had to take calls on alternate days. I did Three to four surgeries every other night. Every day we had surgeries and outpatient clinic filled with follow up dressings, while patients with slit wrists, amputated hands and legs with trucks run over them poured into the emergency room.

Now- there is nothing more irritating than a whining physician.

Why the fuck did you take it up in the first place? Did anyone force you to take medicine?

I can’t lie to you. I did not take medicine for the sole purpose of serving humanity. I don’t even believe that humanity can be saved that easily.

I went for it because I could get into a Medical School.  I thought that it was a profession that is supposedly good, and well thought of by many. I also hoped that the money would be enough to lead a good life.

May be I could serve some patients, but that was merely an afterthought.

I was a selfish bastard, and hence no more whining.

One night, an eighteen year old boy was brought with burns. He had tried to kill himself.

I was on call, and examined him carefully after first aid. He had burned over fifty percent of his body. It was not easy to save him. In fact, it was very difficult. There was a good chance that in spite of our best efforts, he would die. One had to tell this, and that- to the boy’s mother and father.

This was one of those situations where you ardently wish one had never taken medicine. These situations do arise, and too frequently, in my opinion. Again, no whining. I do forget.

It takes an hour of talk, emotionally wrenching, at one in the morning.

The family wants us to go all out.

We do an excision and grafting. The burnt skin gets colonised by bacteria, and then they invade the body. Taking out charred skin and putting new skin from intact parts of the body is the accepted procedure all over the world. We did two such surgeries. He needed daily dressing changes under general anaesthesia. He had to be on the intensive care unit. In spite of these treatments, the second week he developed a massive blood infection, and had to be put on ventilator. Anti-biotics, worth tens of thousands of rupees per vial were given, as per culture and sensitivity reports.

Meanwhile, every day we talked to the parents half an hour to one hour every day and prepared them for the worst.

He died on the third week. It was a Sunday, and I was called urgently to the ICU. A crowd had gathered. Local politicians, goons and a bevy of ruffians were beating up security men, while nurses scurried like mice. A bearded bloke caught me by the collar.

“You murderer, you killed him.”

I felt numb. My mind was blank- absolutely blank.

The police arrived, fortunately and I extricated myself from the scene.

The way my heart beat, and the manner in which a little of humanity leached from me, never to return, need not concern you, dear readers. Moreover, it would count as whining.

The point I am trying to make is:

The hospital bill came to six lakhs (600,000 rs). The hospital administration told me that fights happened frequently, and was part of a ploy to escape from paying the bill. Maybe. Maybe not.

Hardly two kilometres away, was the government hospital. The Medical School where I had trained as a Plastic Surgeon. He could have been taken there. There the patient would have been kept in a corner of the Surgery ward where scores of burns patients were piled up in rows, under mosquito nets that took away the starkness of the burned naked bodies. The parents would be asked to apply ointments twice a day, while overworked interns and nurses will brave the smell for brief visits.

He would have surely died.

But now also he did. And the family is poorer by six lakhs. Did they sell their land? Their house? I will never know.

I looked at the records and went to the account section. I had a friend there, and I could look at the details. Let me tell you a secret- no doctor can usually do this.

What did not surprise me, but would probably surprise you, is that the bill wasn’t really inflated.

A thousand pairs of gloves were actually used.

Second interesting fact was that even if the entire professional fee of the doctor (the top surgeon was paid really well and not a pittance like us junior minions. And he was on fee for each service, not a salary) was waived off, the bill would have come to five lakh and twenty five thousand.

This doesn’t mean that the bills can’t be artificially inflated. They can be, and I am sure it happens on occasion.

All Doctors don’t whine. They do try to recover their investments on money, effort and years.

What did you think? It is a profit model, for heaven’s sake.

What I am saying is that this model is not working well. At all.

Market Economics works remarkably well in most areas of human endeavour, but it falls flat in the health sector.

Look at the facts:

All over the developed countries, most basic problems are solved! Food- there is plenty of food. Everyone can have a roof over their heads.

But not healthcare. UK spends close to 16 percent of its entire income on it. They have a model of exclusively free medical care, sponsored by the government. A majority of its population pays fifty percent income tax on their earnings. And it is a rich country.

The system there is struggling to survive, due to money issues.

The US spends 20 percent of its income on healthcare, and half of it is public sector. The rest is the private sector, and the private sector is almost exclusively controlled, and kept in a vice-like grip, by insurance companies. Insurance monitors spending of hospitals and the treatment. Without insurance, the cost would have shot up through the roof. And no one seems happy with the present system.

To cut through the crap, ideal cutting edge medicine, as per the standards set by western countries, is enormously expensive.

India spends three percent of its GDP on health, as compared to the 15 to 20 percent of developed countries. Out of which only one percent of it is by the government. The 2 percent private health spending is paid by individuals on small clinics, private practitioners and quacks.

Remember that per capita GDP of the US is thirty times that of India. And our people are expected to get care at ‘world standards.’!

World class care is given by a miniscule number of pure private ‘for-profit’ players.

These centres are not monitored by insurance (mostly) and the government oscillates between populist obstructionism and corrupt lassaiz fare.

Increasingly, we are demanding medical care on par with the standards of the west. Our doctors try to do that, and the courts want doctors to do that.

And we expect the exclusive profit driven system to take out-of-pocket money from our impoverished population and give that care? What the hell are we smoking?

We are sitting on a time- bomb. And soon the shit will hit the fan.